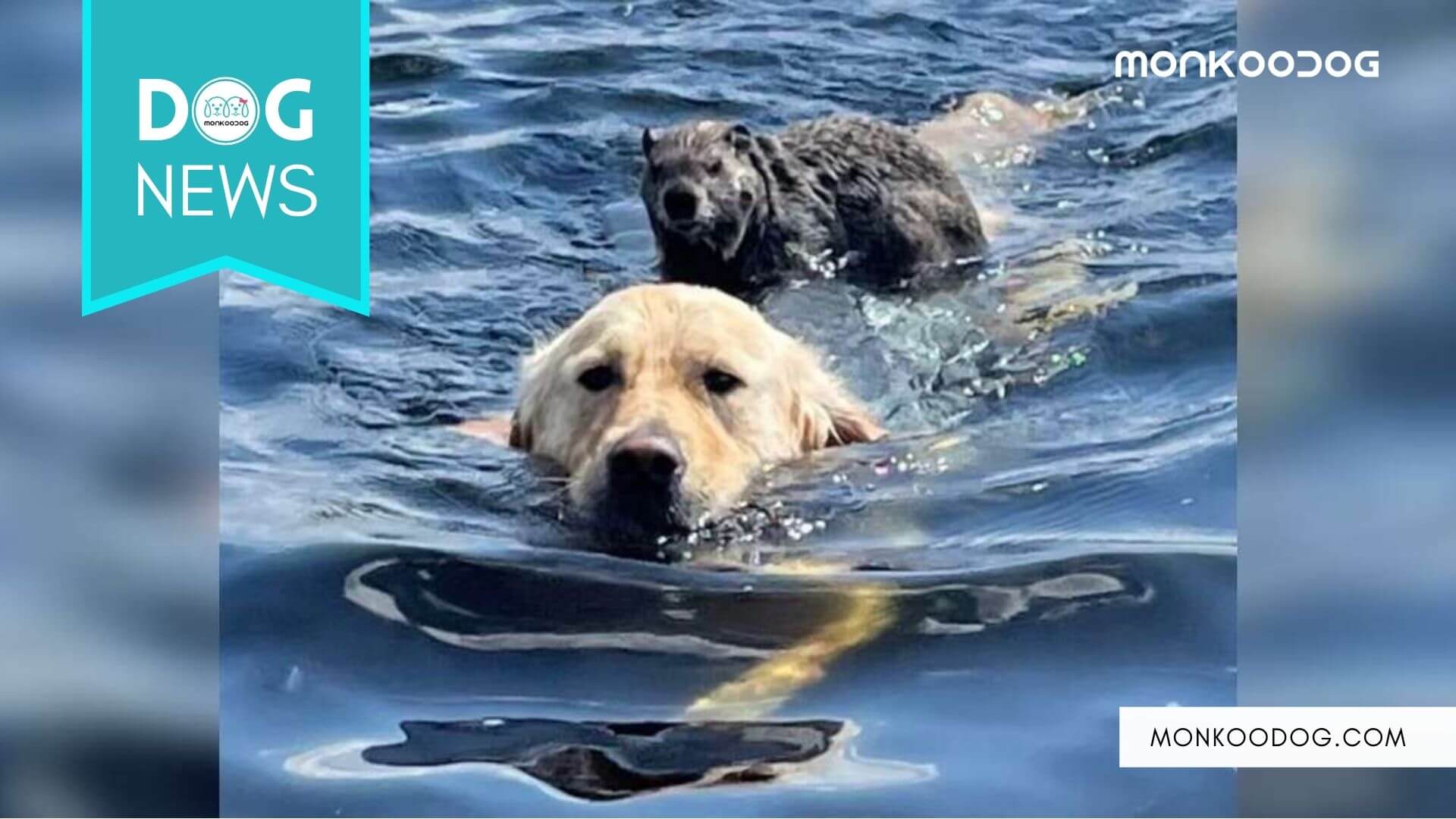 Recently a piece of news made the headline wherein a 2-year-old retriever whose is Wally was seen swimming in a lake and suddenly out of the blue, a woodchuck popped out of the water and climbed on his back out of nowhere.

Wally loves to swim, he is pretty much a typical golden retriever who is fond of swimming. He absolutely loves to swim in Hickory Hills Lake near his home in Lunenburg, MA.

A few weeks ago, just like another day for him Wally came to the lake to spend his time swimming with his dog parent Lauren Russell, and that is when this unusual incident took place.

Wally was enjoying his swimming session in the water near an island that was in the middle of the lake, and this was the exact moment when an animal appeared out of nowhere.

Lauren Russell later said that Wally was somewhat 100 meters away from the shore when a woodchuck came out of the blue and crawled its way on Wally’s back and stayed there while Wally swam back to the shore with the animal on his back.

Wally did realise that there was an animal on his back and he turned back to see what it was, but he did not seem fazed by the passenger on his back, he simply kept swimming and made his way to the shore with the woodchuck holding on to him on his back. As the two reached the shore, they touched noses and went their respective ways.

Lucky for us that Russell and her husband caught this entire incident on camera and made a video of it. The couple was flabbergasted, they could not believe their eyes for what was happening. They were not able to decide if the woodchuck was in distress or was just too lazy to swim by itself.

This indeed was a heartwarming incident.