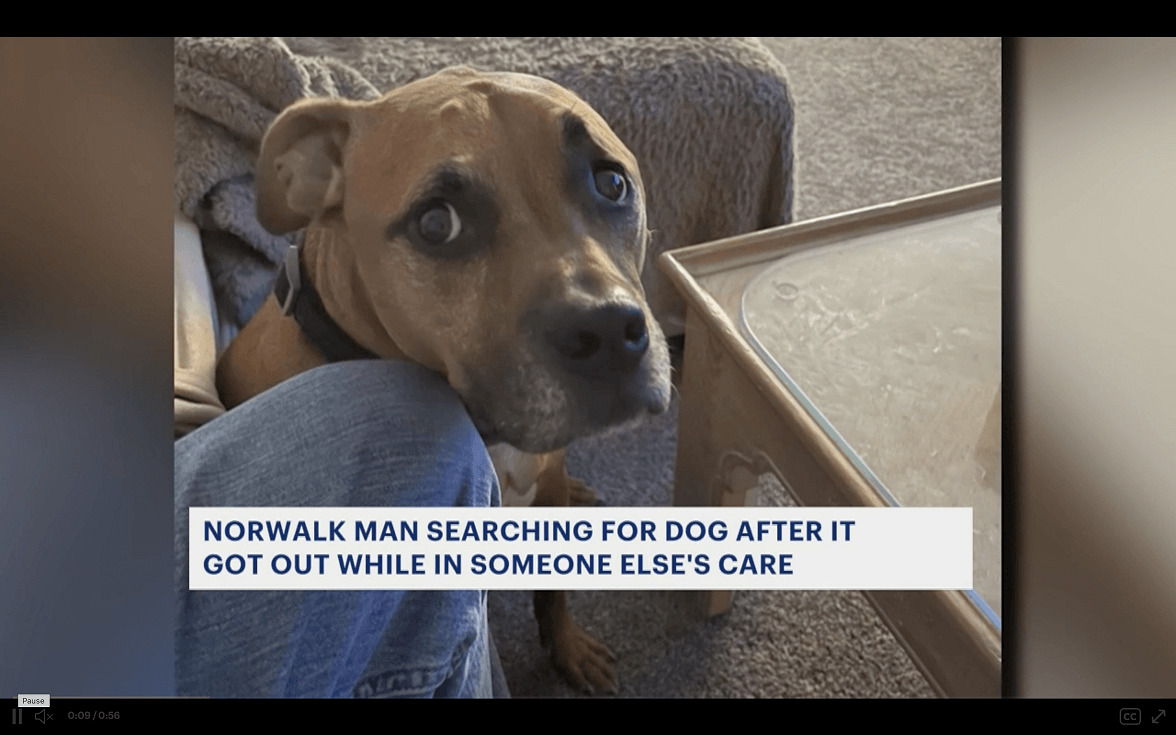 Home » A Norwalk man who lost his dog appeals to the public to help him find the dog.

A Norwalk man who lost his dog appeals to the public to help him find the dog.

Losing a loved one is traumatizing. It takes a toll on your mental health which in turn affects your physical health. Losing someone hurts immensely especially when you don’t even know what your loved one is going through. This is a situation when you lose your loved one somewhere in this world. Recently, a case like this came into the picture. A Norwalk man lost his dog.

He is desperate to find his loving dog and worried if the dog is safe. He has appealed to the public to help him in finding his dog. His adorable dog got lost in someone else’s care.

How did this happen?

The dog who got lost is a 12-year-old boxer-pit bull mix. The dog is named Loki.

The man who is the parent of Loki was somewhere away for the weekend. He had Loki whom he could not take with him. So he decided to leave Loki with someone he trusted for the weekend. He got the shock of his life when he came back and realized that his dog is lost. He had no idea how it happened and when it happened. With no clue, he tried to find Loki but to no avail.

Initial investigation revealed that Loki was seen in the area of Connecticut and Richards avenues last time. After that, nobody saw Loki.

According to the man

According to the man, Loki is a very timid dog. He does not like to be chased. Loki is shy and completely needy. He always needs his human. All he desires is to be on top of his owner.

The man named Kimball Lew-Hanson said that it is not unusual for Loki to run like this. ‘He does this all the time. He would just run away but I find him every time. I know what he likes and what he does. But this time, it is serious. I seriously can not find him. He has been missing for four days this time. He has never been lost for so many days.’ said Kimball Lew-Hanson.

Kimball Lew Hanson has provided a few identification details of his dog to the general public to help him in finding his dog. The dog is wearing a collar that is black in color. The collar has a gray clip but no tags.

Loki’s color is a light shade of brown. He has a white patch on his chest.

Anyone who has any information about the whereabouts of Loki si expected to call on the mobile number 203-858-1971.

Let us hope that Kimball Lew-Hanson gets reunited with Loki soon.

Also See:- Nobody Likes Mornings, Not Even This Cute Golden Retriever, Watch The Adorable Video.