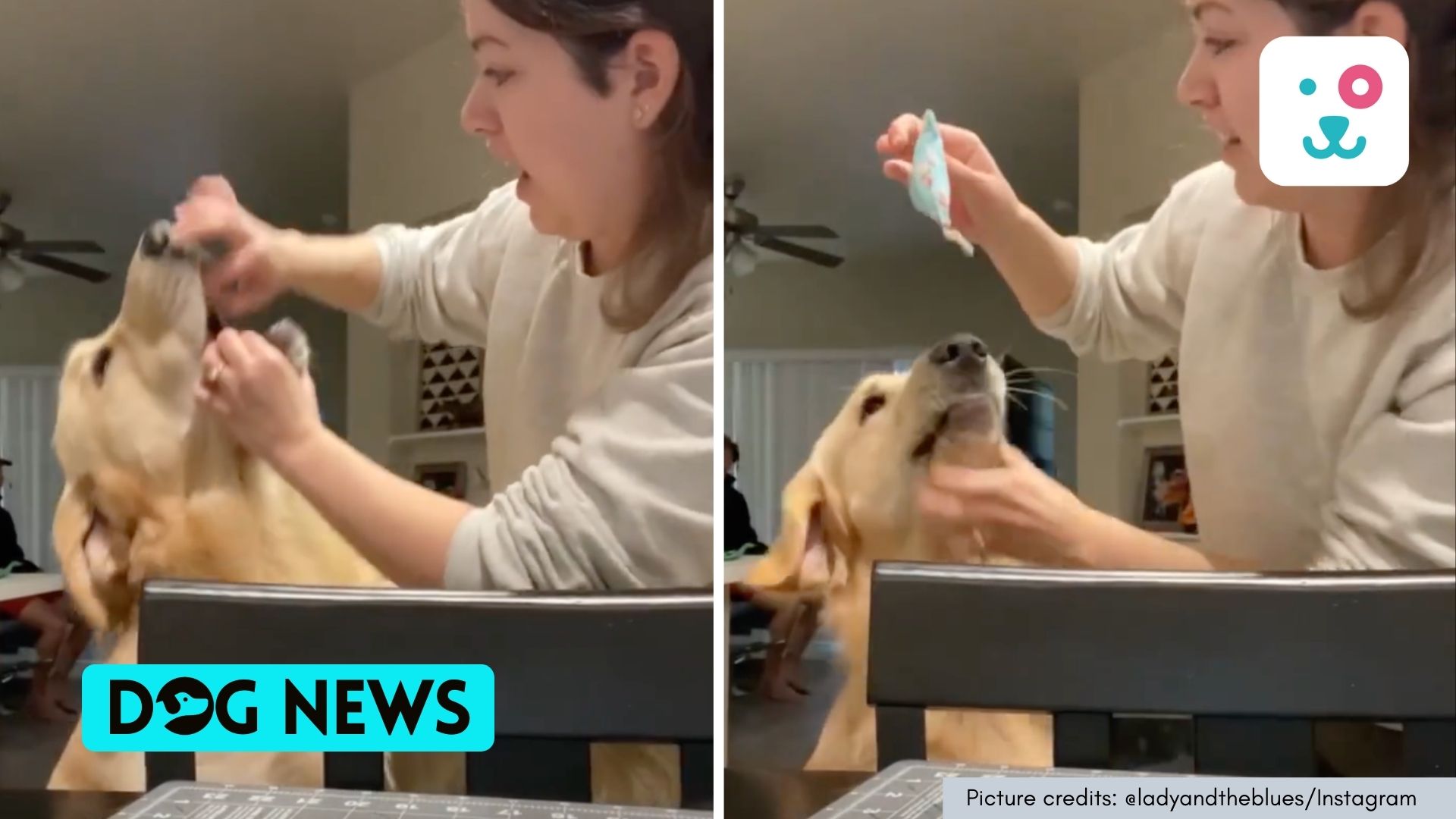 Home » A golden retriever found a fun way to get some human attention.

A golden retriever found a fun way to get some human attention.

To give an element of fun to the boring lives, we like to add pranks. We love to prank our loved ones and sometimes even strangers. Even our dogs are not untouched from this funny aspect of life. It is a general conception that golden retriever in particular are full of energy and they love to play with humans.

They never stop bothering their human counterparts even while they are busy. No matter how busy you are, if you are a parent of a golden retriever, you know how much attention they desire all the time.

Recently a video went viral in which a dog was pranking humans. Looks like, Just like humans, this dog is also a fan of pranks.

This video which went viral recently shows exactly this. The video was originally posted by an Instagram account that posts adorable dog videos.

In this video, a golden retriever found a new way to get what he desires the most; human attention. This video will probably make your day. You won’t stop laughing and admiring the video at the same time.

Learn it from the dog

The video starts with a woman sitting on her chair, working from home which is the new trend. The dog taps her with its paw to get her attention. The moment the woman looks at the dog, the dog points towards his mouth as if he had something in his mouth. The woman forcefully opens the jaw of the golden retriever. She finds something inside and took it out.

According to the looks on the face of the woman, it seems like the dog does that trick usually. The woman knew what she wanted. She probably tries that trick all the time to get some attention.

The text on the video says,’ Look what it is like working from home when you have a dog child.’

A post shared by CHILI | GOLDEN RETRIEVER | 30A (@goldenchilidog)

The video was originally posted on the 3rd of March. Since then, it has received more than 1.5 million views.

The comment section of the video was a testimony of how much people loved the act of Golden retriever.

One dog account commented, ‘The golden retriever is like, hey mamma, I have a gift for you.’ another said, ‘Here is me helping mom,’.

Many users commented how they could not stop laughing at the fun trick of that golden retriever.

Have you watched the video yet? Didn’t you like it?

PrevPreviousNobody likes mornings, not even this cute Golden Retriever, Watch the adorable video.
NextA Norwalk man who lost his dog appeals to the public to help him find the dog.Next