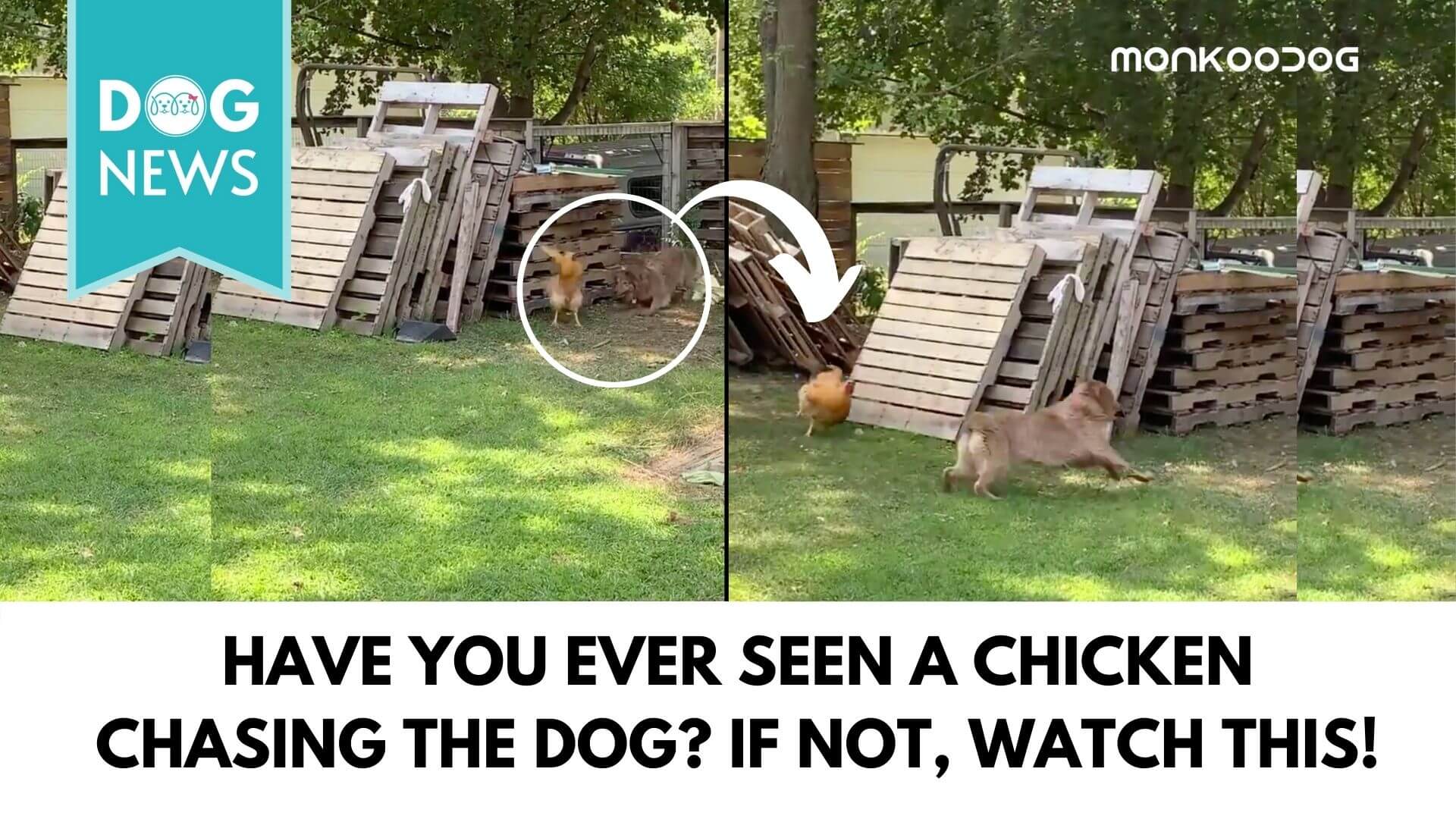 We all know that dogs love to play fetch games. Their other most favorite game is running behind other animals. Dogs, in general love, to make their presence known or rather have their territory marked.

It is rare to see a dog being scared of anything, regardless of the size and species. However, this new 16-second video uploaded on twitter is an exact opposite behavior presented by a dog.

The hilarious video that was probably shot in the owner’s backyard begins with a dog trying to check whats the noise coming from amidst the piles of scraped wood and fences when suddenly a cock jumps out from nowhere and chases after the dog.

Rather than fighting back or instead of barking back at the hen, the golden colored mid-size dog seems too scared and running away from the hen. The video takes a hilarious turn in the second half as the hen begins to chase after the dog fiercely.

The funny and entertaining short video has caught the eyes of netizens worldwide, and people seem unable to stop commenting on it. Retweeted over 3000 times, the video has garnered over 190 thousand views since it was posted on August 25th.

With around 14 thousand likes, the video titled “Feeling Cocky” was posted by a Twitter handle Aussies doing Things. With over 2000 comments, the video is an entertaining watch for sure. This video, once again, proves that even dogs, known for being fierce protectors and guards can also get scared of little things like a hen.