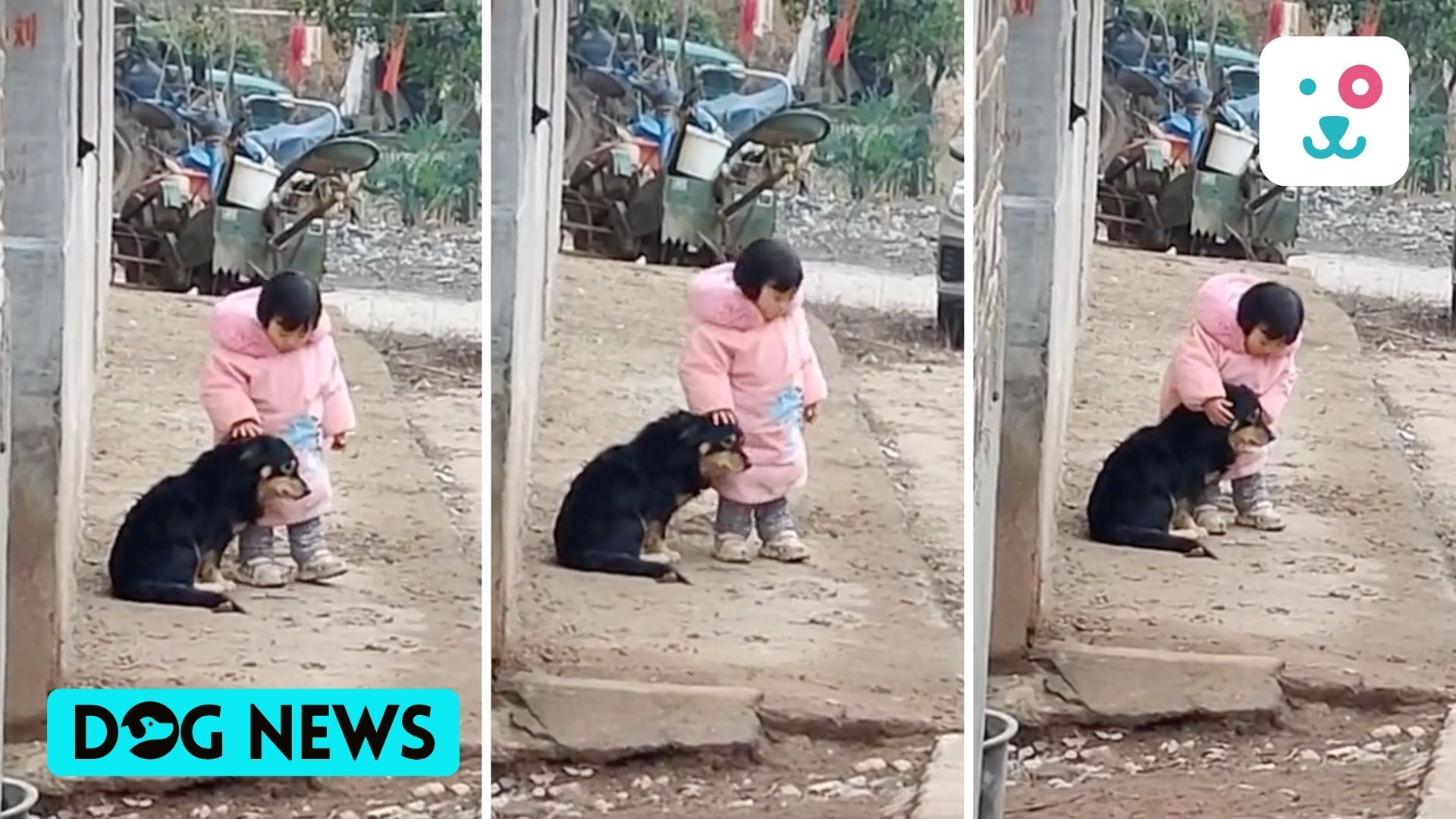 Home » In a soul-warming video, a toddler comforts a dog in the noise of fireworks.

In a soul-warming video, a toddler comforts a dog in the noise of fireworks.

A heartwarming video of love between a toddler and a dog recently went viral. The video is probably the best thing you will see on the internet today.

Sometimes, when we are dealing with the blues in life, videos like these that show selfless and pure love between two different creatures can make our day. And if you happen to be a dog lover, this is the cherry on the top for you.

The 16-second video that went viral was originally posted on Twitter by Tong Bingxue. The video has garnered around 4 million views until now. The video was then posted to other social media platforms and garnered love all around.

The caption of the original video read ‘Heartwarming moments during the Chinese New Year Celebrations. The little girl covers the ears of her pet to save him from the scarce of fireworks and crackers.’

The video was originally shot in Southeast Chinese province Jiangxi.

What is so adorable in the video?

In the video, it can be heard that there is a lot of noise, probably of fireworks and crackers on the occasion of Chinese New Year Celebrations. Because of the immense noise, a dog is sitting there and looking all scared. In the video, there is a toddler standing next to the dog. What wins heart is that little girl’s action.

She saw the dog and realized that he was scared. She tried to comfort him by patting his head. When she saw that the dog was still scared, she won hearts with her next step. Within seconds, she took the action, whatever was possible in her capacity. She closed the ears of the furry creature and tried to comfort him. She was standing next to him all the while.

The video won hearts. It has garnered 68,900 likes and around 10,000+ retweets. Netizens went crazy in the comments section. And rightly so, the action of the toddler is amazing. Sensitivity of this level is not usually expected from people but here a little child was trying to comfort another creature by whatever she could.

A user commented ‘ Love in its purest form’ another said ‘ God is love and love is kind. If we could have more humans like that little baby girl, the world would be a nice place to live.’ Others were surprised at the empathy and emotional intelligence of the girl at this young age. Some even tried to convey a message that Love is something that comes naturally to us, it is hatred that is taught and ruins everything.

Surely, we need to learn from this little toddler. More love and less hatred and whatever can be done from our sides to help any creature that the world has will be the definition of a good person. Maybe it’s adults who need to learn from children, not the other way round.

Also See:- Dog Brings His Food Bowl Next To A Woman’s Plate But What He Does Next Is Worth Watching.

PrevPreviousDog brings his food bowl next to a woman’s plate but what he does next is worth watching.
NextA Girl helps a dog mama deliver puppies at 2 am and takes care of them in a viral video.Next