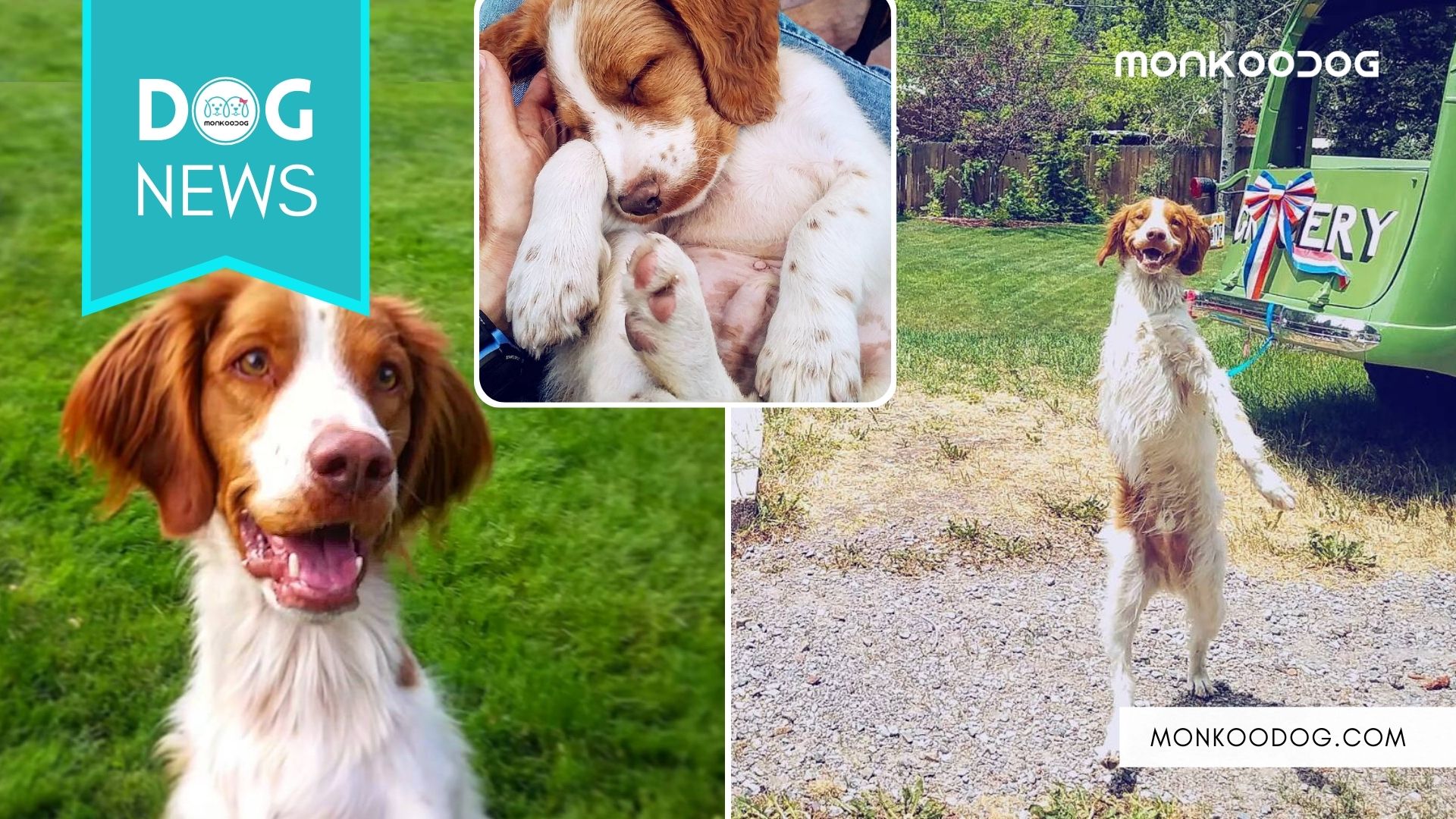 If you’re taking a tour to the San Juan mountain range in Columbia, you might find a super amusing sight greeting you – Dexter, a super special dog walking down the street on his hind legs, just like a human being.

In this beautiful town surrounded by mountains, you will find Dexter being showered with all the love and attention of the townspeople. Dexter is Kentee Pasek’s 6-year old Cocker Spaniel who has the special ability to walk down the street on his hind legs right next to Pasek.

Tourists are usually thrilled to get to know this special dog and take lots of pictures of him. In fact, Pasek has said that all the people in the town know Dexter. Dexter was actually more well-known than the Paseks themselves.

However, the dog was not born like this and had to go through a lot of suffering before he started walking on his hind legs. In 2016, shortly after Dexter was adopted into his family, he escaped his home while sniffing a deer. He ran out to the road and a truck ran over his front legs. While the owner didn’t think Dexter would make it after the accident, she could not bring herself to put down another dog without giving him a chance after losing two dogs in two years.

Dexter’s vet had to amputate one leg and push pins into the other in order to rehabilitate him. After a few surgeries and a lot of physical therapy, Dexter started doing something unusual. Instead of trying to walk on three legs, Dexter started to try to walk using only his hind legs. Before long, this was only how Dexter started walking around. His rehabilitation was complete and he could confidently walk around on two legs.

One day, Dexter was out on a walk with Pasek’s mother and a bypasser walking past downtown Ouray caught the funny sight and posted a Tik Tok video of Dexter. The video soon became viral and kickstarted Dexter’s internet stardom. Before long, Dexter’s videos would garner as many as 5 million likes on Tik Tok. One of his videos was also featured on Late Night with Jimmy Fallon.

While Pasek manages Dexter’s Instagram and Tik Tok accounts as a full-time job but has said that she has not tried to monetize Dexter’s story much. All she wanted to do was share this fresh, new perspective on life that Dexter showed with netizens during these strange times.

PrevPreviousDog Owner Shocked As Her Mini Cockapoo Grows Up To The Size Of A Baby Rhino.
NextMeet Prancer, The ‘Demonic’ Chihuahua Going Viral For His Adoption AdNext