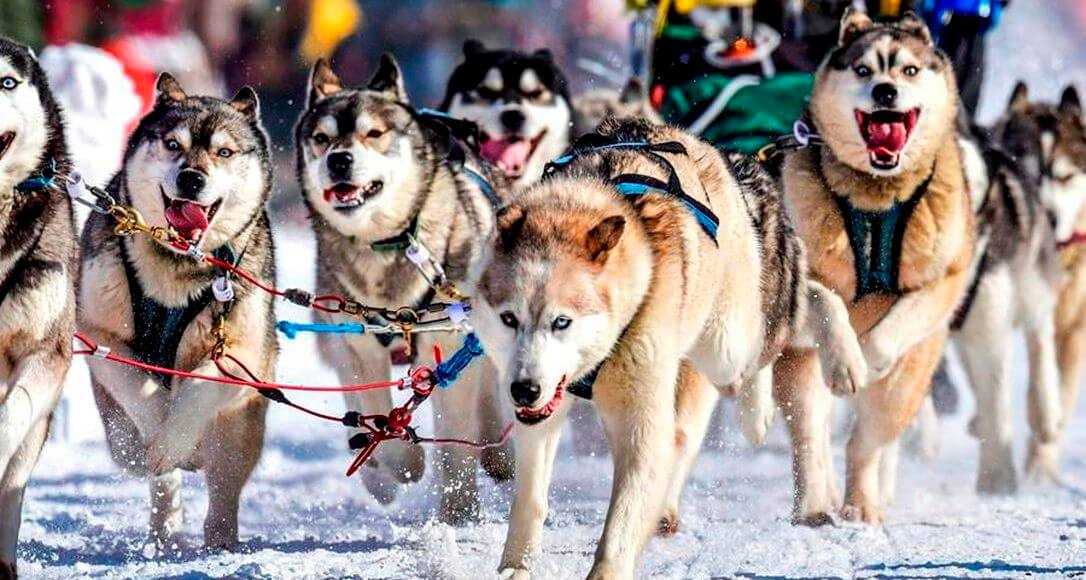 Canada is the home ground for some of the best possible sled races of the world. The 250 miles long Can-Am Dog sled race had a surprising new winner this year. But what shocked most was the time gap between the winner and the first runner up.

Dennis Tremblay beat Katherine Langlaise by a mere 32 seconds which was the shortest ever interval recorded in the history of Dog Sled race. The hilly turns and curves along with the weather made it impossible for either of them to notice how close they were to each other until the finish line.

Dennis Tremblay of Saint Michel des Saints, Quebec was a 4-time runner up before his massive victory this year. The dramatic win was certainly a boon for the man who has been trying hard for the past half-decade to lift up the crown for himself.

The 250 miles Can-Am Dog Sled Race began on the 29th of February at Fort kent and finished off on Monday the 2nd of March with a return to Fort Kent again. The entire journey crossed paths through Portage Lake, Allagash Town and many smaller towns in between before reverting towards Fort Kent again.

1st runner up of the event Katherine Langlais of Glenwood was one of the mushers who was over 12 minutes behind the major key Denis during the final 43 miles long sprint. However, she was also the fastest ever towards the end, with only a mere 32 seconds of gap between her and Dennis.

Dennis Tremblay says the win is credited to his loyal companions who took him through the arduous and cold journey across the mountainous terrains of Canada. The 9 proud and beautiful huskies looked equally impressive and stunning in the victory photo of Dennis and his Sled dogs.