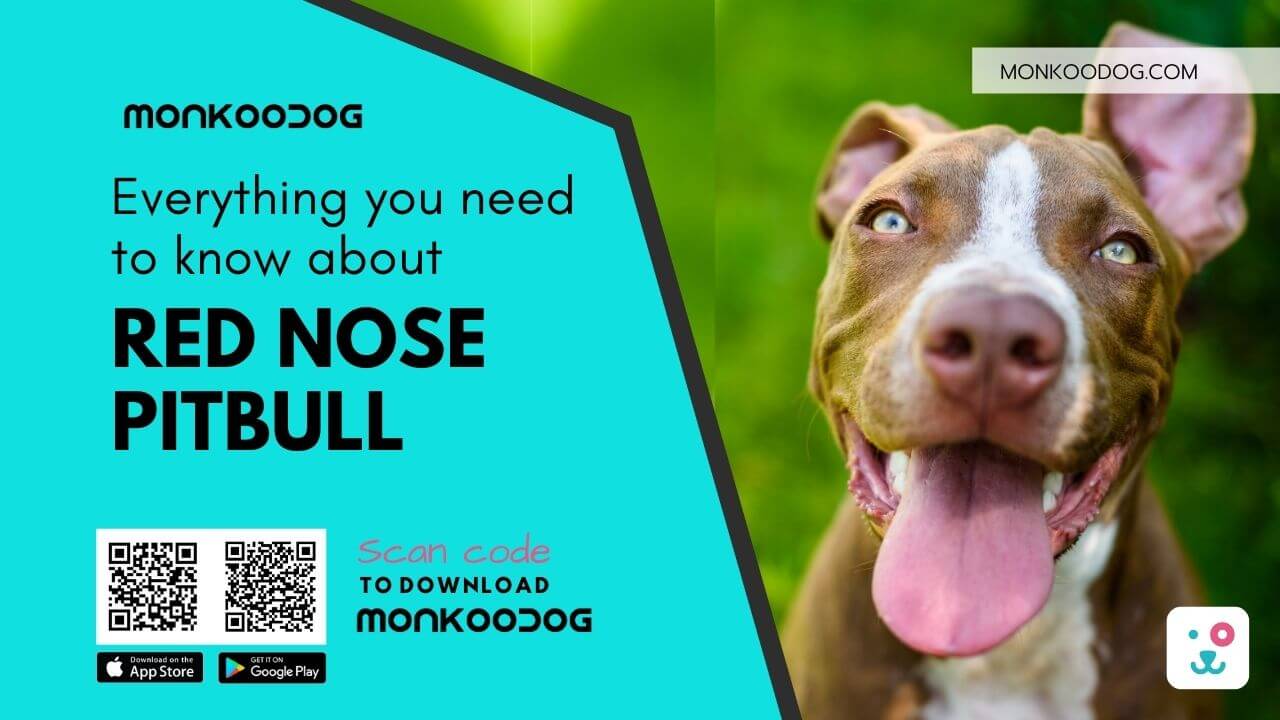 Home » Everything you Need to Know About Red Nose Pitbull

Everything you Need to Know About Red Nose Pitbull

Like all dogs, red nose pitbull are simply adorable. They might look a little dangerous but coming from two different breeds of Old English Terrier and Old English Bulldogs, who themselves look a little scary, it is not a surprise. Let us dive further in everything you must know about these Red Nose Pitbulls.

There are many European countries that have passed certain legislation on pit bull–type dogs such as American Pit Bull Terriers that range from outright bans to restrictions and conditions on ownership.

These countries are also joined by Canada and some parts of the United States, Ecuador, Malaysia, New Zealand, Puerto Rico, Singapore, and Venezuela.

The Australian state of New South Wales has placed limitations on the breed, including the need for forced sterilisation.

The American Pit Bull Terrier is available in a variety of stunning colours like red, copper hue or brown with eyes in the colour amber tint. They may also have white fur patterns on their bodies, especially on their chests and toes, which can be very striking.

Despite being of a smaller size, they tend to live for a span of 12-14 years wherein some cases they have found to live up till the age of 16.

They have an athletic and stocky physique, which causes them to be a little bigger than the usual Pitbull in size. Their chiselled head is like a brick, with large, strong jaws that are a threat to any prey.

The clear impression of power is created by a strong neck and a big chest. Some might have clipped ears, while others do not; it is totally up to the owner’s personal choice.

But they are prone to many diseases that the owners have to always be on the lookout for like hip dysplasia, kneecap dislocation and degenerative myelopathy.

Since they are so susceptible to diseases, they need regular vaccinations from their birth till the very end of their lives.

Because of their heavy weight and posture, the strain is on their legs and joints so these Red Nose Pitbulls also suffer from joint problems. Because this breed is prone to skin disorders, you should inspect your Red Nose Pit’s coat for anything unusual, such as scabs or hot patches, on a frequent basis.

They are also more prone to suffer from retinal degeneration, which impairs their ability to see well. If you feel that your dog is experiencing eye difficulties, you should take them to the veterinarian right once.

In addition to hip dysplasia, degenerative myelopathy, and kneecap dislocation are also conditions that Red Nose Pitbulls may suffer from.

Red Nose Terrier’s diet varies according to their age. They need regular feeding for their optimum growth. Below I will list out how much to feed your Red Node Terrier when they are puppies and adults respectively.

When your Red Nose Pitbull is a puppy, dry kibble will be beneficial for him. You should give them roughly a quarter to a half cup of food, split between 4 to 6 meals per day until they are six months old, then once they have reached the age of six months, you may reduce their eating plan to two to three meals each day.

Due to the fact that Red Nose Pitbull pups are unable to metabolise protein at the same rate as adult Pitbulls, you need to ensure that the protein you give them is of good quality.

The dry kibble should have a protein composition between 30 and 40%, according to the manufacturer.

They should consume 14 to 17 per cent fat in their diet, preferably from healthy sources such as fish oil or chicken fat, as well as calcium to keep their bones in excellent condition.

Be very careful about not leaving their food or food bowl anywhere as they might overfeed themselves which will not be good for their health.

As soon as your American Pit Bull Terrier reaches the age of 18 months, their food should be changed again to accommodate their growing physique.

Depending on how big your Pitbull is, he or she may need three cups of dry food each day, while a smaller Pitbull only needs food as less as two-thirds of a cup in one whole day.

The diet of an adult Red Nose Pitbull should consist mostly of meat rather than grains — around 15 per cent to 30 per cent protein.

Overfeeding your Pitbull should be avoided at all costs. Just because they are active does not imply that they need more nourishment.

When you look down at their body, Pitbulls should appear physically fit and you have to look after that.

They will happily indulge in overeating but you should ensure that you feed them enough to keep them fit enough that you can feel their ribs when you touch their bellies.

Activities to Indulge in with Your Red Nose Pitbull

As Red Nose Terriers are anyway prone to so many diseases it is very important to play with them every day to prevent them from getting overweight.

Also See:- MYTH BUSTED: Is It True That PitBulls Lock Their Jaws When They Bite & Grip?

Do not wait for your dog to grow up before you start taking them out for socialising. Start when they are puppies so that they get used to any unfamiliar environments when they grow up.

They have to learn how not to see everything around them as a threat for which it is important to take them out for walks.

It is common knowledge that Red Nose Terriers have separation anxiety and can be pretty destructive if left alone for more than 3-4 hours.

You should indulge in crate anxiety if you know you will be absent from home regularly for longer durations.

Red Nose Pitbulls are considered very easy to maintain as they have a very silky and short coat. You should brush them once a day every day and they will be good to go.

This is not difficult due to the fineness of the hairs on their body. It is unlikely that they will have tangles, but you should brush them often to ensure the even distribution of oil in their fur.

You may give them a wash once a month or as often as necessary, using a dog shampoo to avoid causing them discomfort.

As previously said, Red Nose Pitbulls are prone to skin irritation, so you should keep an eye out for scabs and hot areas on your dog’s coat.

It is also crucial to check your Red Nose Pitbull’s ears for infections, as well as to cleanse the area around their eyes to avoid staining and keep infections at bay.

It’s also important to wash their teeth once a day to avoid bad breath, or you may use chewable dental sticks to do so.

Also, trim and cut their nails, whatever is necessary, at regular intervals otherwise that might hinder their running and play around.

How Do Pitbulls Reproduce

When your female red nose pitbull reaches the age of sexual maturity, she will begin to undergo her oestrus cycle, which occurs twice a year.

Her oestrus cycle is the period of time during which she is physically and mentally prepared to mate. Every time, this phase lasts for three weeks in total. It is preferable not to breed your red nose pitbull female dog during her very first oestrus cycle once she has reached sexual maturity.

When your female dog’s second annual cycle begins, bring her and the male dog together so that they may get to know one another and begin the process of mating.

Approximately three to five red-nose pitbull pups are born to the mother dog after the completion of the gestation period. The pups are little and reddish in colour, and they need a great deal of care and attention for the first three months of their lives, if not longer.

Make sure both parents are in good health before mating; otherwise, if any of them has a health condition, the red nose pitbull pups will inherit the sickness from their parents.

As a family pet, the American pitbull may be wonderful. These canines are excellent with children of all ages because of their friendliness and gentle demeanour.

Additionally, they are one of the world’s finest watchdogs.

As far as the public is concerned, they have a reputation for being very violent when they feel threatened and are willing to do whatever it takes to save their family.

PrevPreviousTeacup Maltipoo: A Complete Guide to the Maltese Poodle Hybrid
NextEverything You Need to Know About CavapooNext