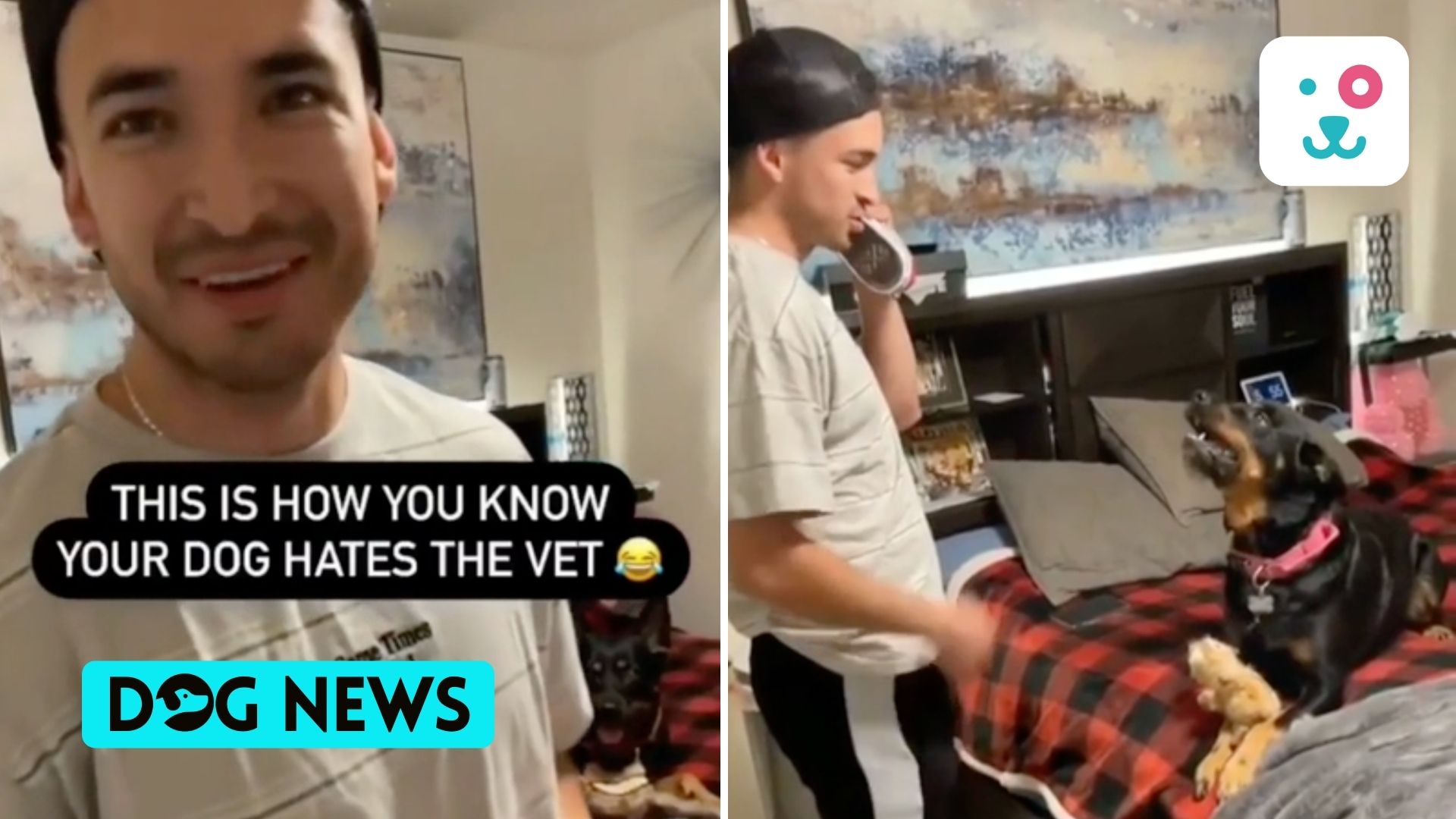 Home » A Dog Reacts to Vet Call, Tries to Scare his Owner by Barking Hilariously.

A Dog Reacts to Vet Call, Tries to Scare his Owner by Barking Hilariously.

Do you remember how our parents used to scare us when we were young and would act stubborn? They told us they would take us to a doctor who would inject us with a big injection. The doctor scare was our biggest scare. The surprising fact is that the same trick works on the canines too.

In this video, a man is seen picking up his shoe, yes his shoe, and acts like he is calling the vet. The dog seems not to care at first. But as soon as the man says the word vet on the phone, the dog starts to bark, in a scary way, though of course, he is the one scared.

The funniest part about the video is that the man does not even have to pick up a phone. He can pick up just anything, even a shoe or a bottle or a book and place it over his ear and say the name of the vet. The little dog hates the vet.

The video was posted on TikTok a few months ago, but since then, it has been posted on various platforms and everywhere, has left netizens rolling on the floor laughing.

The caption of the video was – Dog hates the vet. The clip is actual proof of the caption. Nobody can say why the little dog is so scared of the vet, but people sent speculations in the comments.

Some people joked about the canine warning the supposedly mentally superior human to drop the shoe and pick up a phone. Some took pity at the furball’s plight.

There are numerous likes and comments on the video. Everyone loved the dog’s reaction and would love to try it on their pets. That’s evil, but also, that’s so much fun