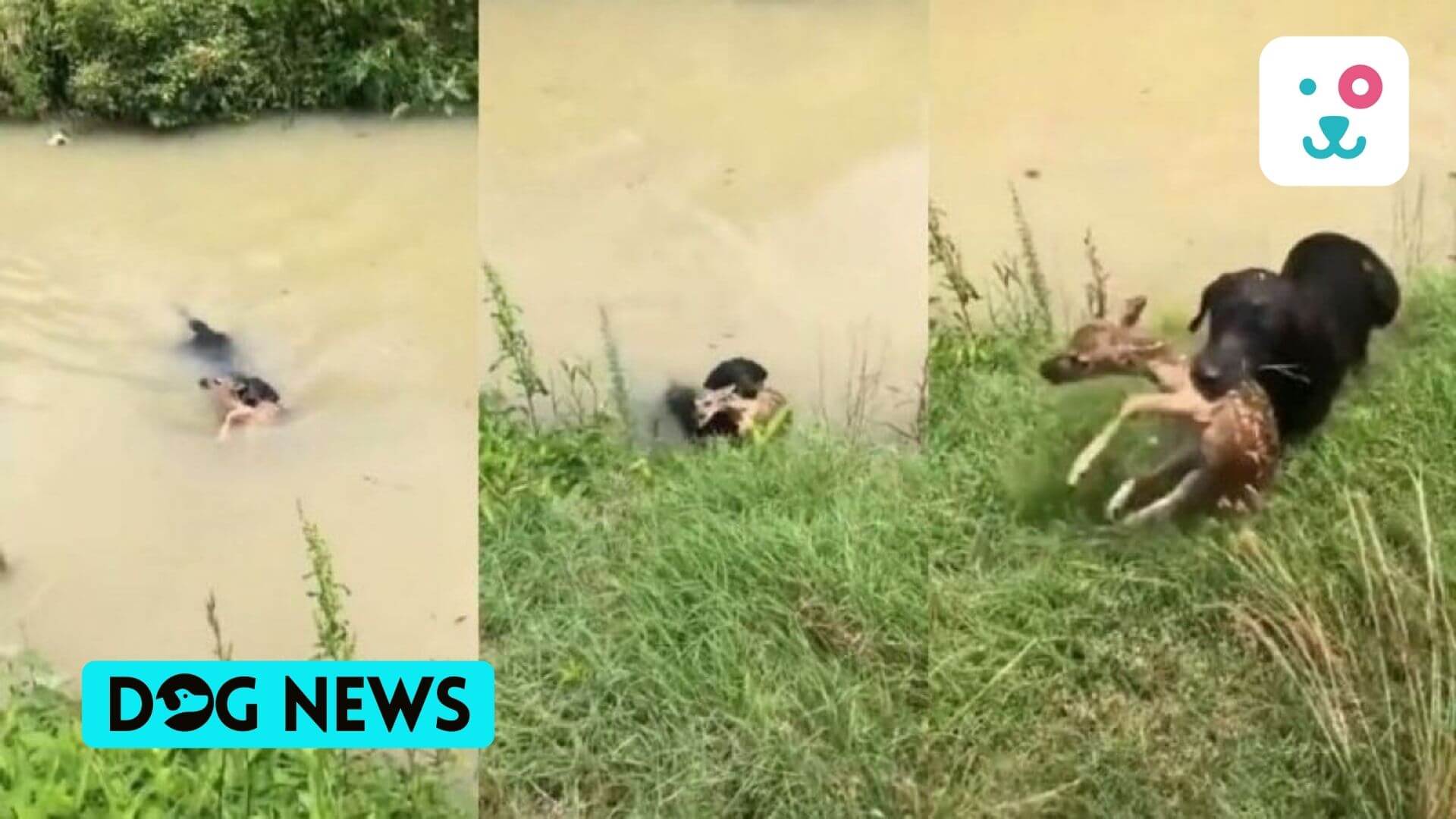 There are countless instances of trained dogs participating in rescue operations of humans as well as animals. Similarly, a recent video surfaced showcasing a pet dog rescuing a baby deer.

The dog shows compassion and care much superior to a human being and saves an animal of prey, a rescuing a baby deer. The video shows a baby deer drowning in a lake. The deer is so scared and he is screaming all the time.

That is when a dog, walking on the land accompanied by a man, jumps into the river. The dog swims towards the deer and takes him in his mouth. The deer is visibly frightened and starts screaming even harder.

But the hero dog knows what he is doing. Unbothered by the deer’s screams, he starts swimming towards the land. He swims like a pro with the deer in his mouth and lands back on the dry land.

The man pets him on the head and calls him ‘good boy’. The dog happily lets the deer go who can’t believe he is still alive. The whereabouts of the video are unclear.

Video earns all the love

Since being posted, the video is receiving worldwide acclaim and the dog is being lauded with all deserving praises. People on the internet posted all compassionate comments with many of them sending hugs and pats for the canine.

One user lauded the instincts and kindness of the dog and called for humans to stop deforestation and be a little kind towards animals. Another user called the dogs the best living things of the universe.

Many such instances have been recorded in history when dogs behaved this way. However, last year, a dog named Harley, a golden doodle, saved a fawn from drowning in a similar way in Virginia, US. The dog checked on the fawn later like a mother to see if he is okay.

The countless stories of bravery and compassion from dogs make us question the basic assumption of human superiority. One thing is clear, humans need to learn a lot from dogs.