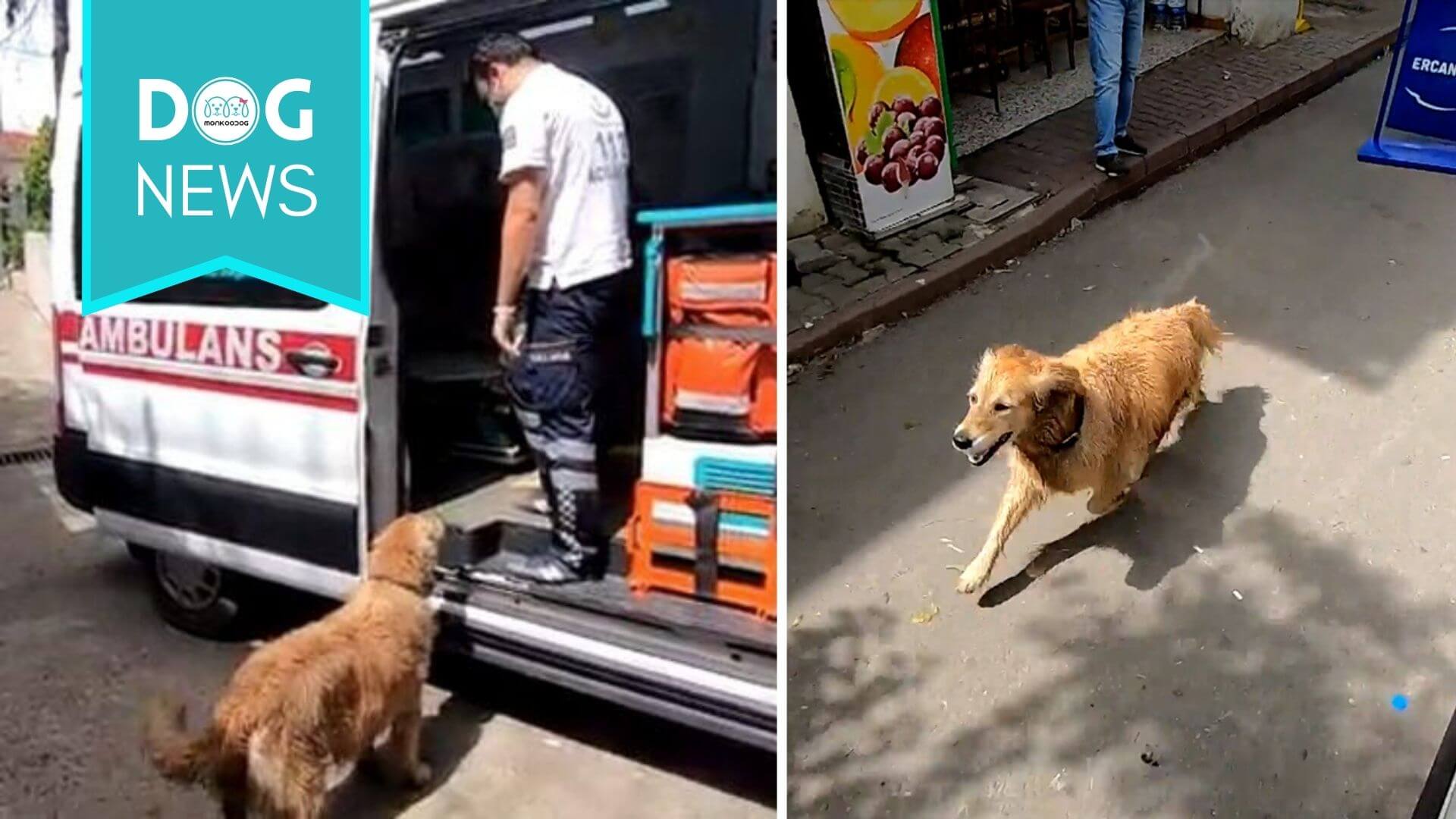 In a heartwarming event, A woman from Turkey and her dog who is a golden retriever have yet again shown the loveable bond between humans and dogs.

In a video that went viral, the dog can be seen running after an ambulance that was taking its dog parent away to the hospital on Buyukada Island which is the largest of the Princes’ Islands of Istanbul.

The Turkish woman has not been identified, she was being treated at her home for a while and her loyal dog was there with her and for her throughout it. Later the woman had to be taken to a clinic for closer observation.

The dog was not ready to let its dog parent go alone and wanted to be present with its guardianship. And thus as the woman was loaded into the back of the ambulance, the dog started making anguished pleas with its puppy eyes to the medics to take him along. But due to hygienic safety and health policies, the medical workers could not allow the dog inside the ambulance. The medics shut the door of the ambulance after loading the patient in it. They assumed that the dog would return home and wait for its dog parent to come back home.

But the dog was determined and there was no stopping it. As the ambulance made its way through the town to the hospital, the dog ran after the hospital all the way to the hospital. The furry friend did not end its vigil till he was reunited with its parents.

Well, it definitely is true that a man’s true friend is a dog.