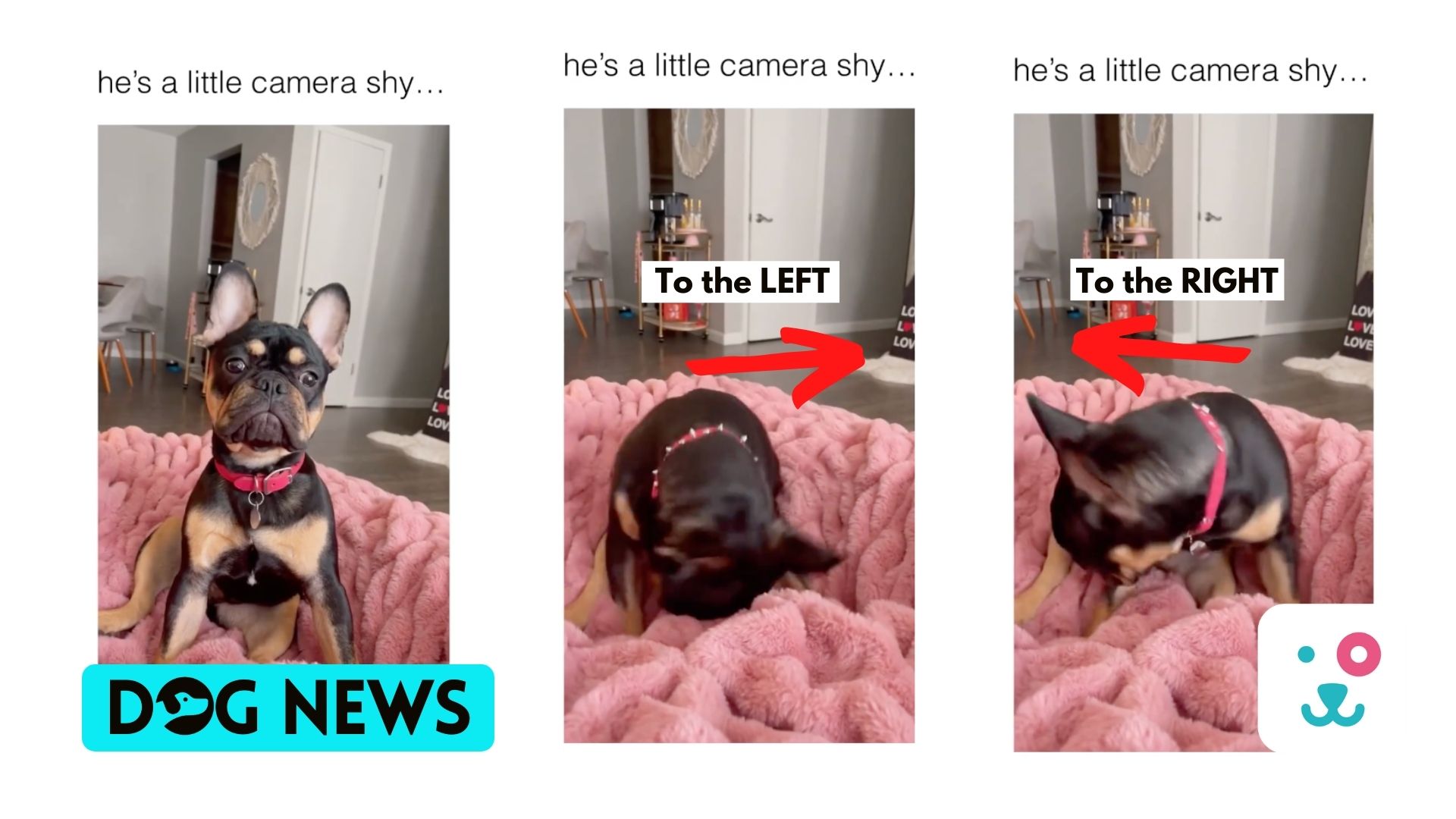 Humans invent all the fun activities and then claim them as if they have a right over them. Painting, writing, singing, maybe they have a monopoly over them, but dancing, do they really think only humans can dance? Here is a doggo who will prove everyone who thinks so wrong.

A video got viral on Instagram with a dog doing something very natural. Yes, Dancing. The little poochy had no idea it was so unnatural for a four-legged furball to groove to the music.

The man who is pointing the camera at him however seems to consider it very normal that the pup dances. He also accepts the fact that the pooch is a bit shy and writes it on the video. As the video starts, the little doggo shies a bit. It is natural okay.

The man encourages him to dance with all his beat-boxing and stuff. The pooch is persistent in not giving in so fast. He keeps averted from the camera. However, when the dear human gets so persistent and even stops the music in between to plead with him, the dear dog gives in. He starts dancing with his head rocking from here to there.

Do you find it unnatural or funny? That’s cruel. The little pup has always been dancing. This might have been the first time he was caught on camera. The video was posted on Instagram with the caption – ‘He’s got some moves. WAIT FOR IT’ and yes, the pup does not disappoint.

Though, the fun is reserved just for the patient ones of you. When the video starts, you might think nothing is going on. The dog is showing tantrums. You are wrong. He takes some time to open up but it would be worth the wait, all the best things in life are.

The video got so much love over the Internet. It was posted on the Instagram page Dog. Since being posted, it got over 2 Lakh likes and millions of views and shares. People commented in abundance showcasing their love for the groovy and laughing over the comment section.

One user wrote – ‘He chooses to dance’, another wrote – ‘It is worth all the wait I had to do’, yet another user compared his dancing skills to that of most humans and deemed the doggo better.

The doggo is so normal over his dancing. He does not know what the fuss is all about. After all, it is just a dog dancing. You would see more of us taking our place on the dance floor very soon. Why should humans have all the fun?

PrevPreviousCelebrity Shibani Dandekar Saves the Viral Dog Who Was Abused During Holi
NextMac-N-Cheese, the Rescue Dog of Betty White Found a New HomeNext