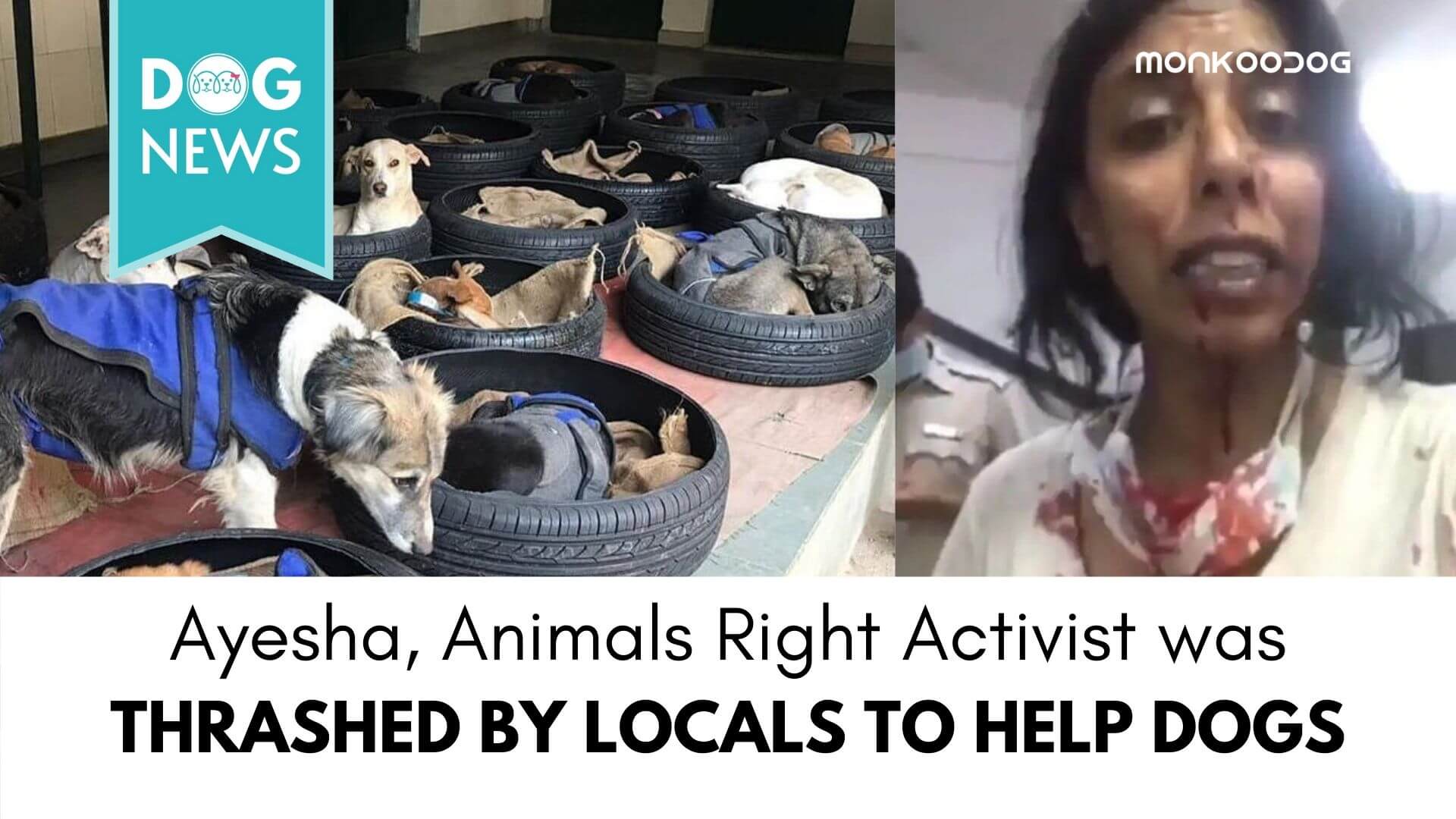 The world is already in a depressed state courtesy of the pandemic. Amidst the sensitive condition, these days there is another grave issue that is often being noticed all around us. Animal cruelty and the insensitive mannerism of people have become a normal day to day incident.

From the brutal killing of the pregnant elephant in Kerala to the drowning of an innocent mongrel in Ujjain, things have been just a few incidences that gained nationwide publicity. There has been a massive rise in the number of unreported cases of animal cruelty in the last few months.

Ayesha Christina, one of the forerunners of animal rights and safety in Delhi has become the latest victim of inhuman monstrosity. However, rather than stay quiet, Ayesha has decided to bravely stand up for her rights and let the world know about the entire cruel and abhor worthy incident.

Ayesha Christina runs her own non-profit animal rescue and shelter by the name of ‘Neighbourhood Woof’ in Delhi. Since the pandemic episodes began, she has been actively involved in feeding and caring for the strays of the nearby areas.

Her effort to help these innocent beings never went unseen and many often came to help her in her benevolent deed.  During one of the recent episodes where she and her team of activists were rescuing strays from the Rani Bagh area of Delhi, things took a turn for the worse.

A few local residents came forward and mistreated the team, which was followed by a major scuffle leading to the entire team being ambushed and beaten severely. Rather than staying quiet, Ayesha decided to live broadcast the entire episode with her blood ridden and badly bruised face as she went ahead to file an FIR.

She stated that these days, this kind of episode has become a daily common routine in India. Post her complaint, Delhi Police has decided to take immediate action and investigate the entire episode as soon as possible. Since the video went viral, there has been a nationwide uproar with the hashtag “justiceforayesha” trending on all social media platforms.