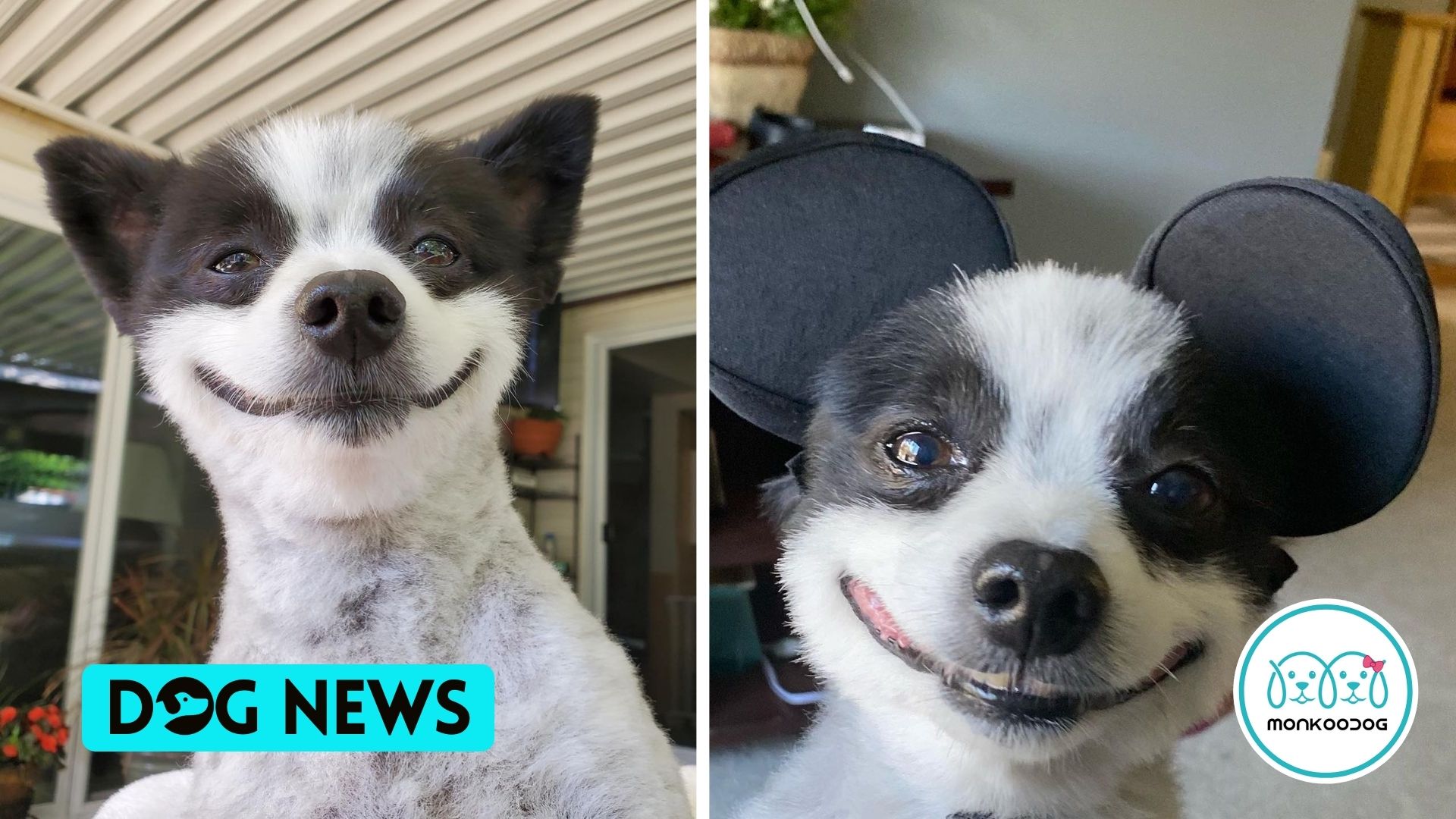 Chevy, the 9 year old Pomeranian with Buddha smile, is bringing to life the saying – A smile can take you places. Chevy, the smiling bright pooch, has become the talk of the town and has become a celebrity, all thanks to his million dollar smile.

Chevy is an Ohio dog living with his parents in Kettering, Ohio. Chevy became primarily known in the local neighborhood due to his non stop habit of grinning.

Chevy’s mother, Tina Marcum Denlinger says that Chevy has never had a bad day. His glowing smile not only keeps him happy the whole day, it makes Tina smile every time she looks at him.

He is so playful and so alive that people do not believe that he is an old pooch. Everyone knows him as a pup and would not believe he is 9 years old.

Chevy goes hiking and camping with his parents. Everything is a festival to him that he goes crazy about little things. Even going out for food is a festival.

It’s not that a smile is the natural shape of Chevy’s face. When he wants something and he does not get it or when he is uncomfortable, Chevy will make his face into a frown. But his Buddha smile comes back to his face when he gets what he wants.

Denlinger says that Chevy is a happy pup and is so full of energy. It is like Chevy is happy to be alive. He would spin around in circles the whole day. Chevy’s energy is infectious and compels you to return the smile he presents.

Chevy’s parents call him a harbinger of happiness who makes everybody’s day. Denlingers feel so lucky to have Chevy. This little dog is doing something more than he realizes, he is being a Santa, bringing smiles.

Also Read:-Dog Adopted After Swimming 3,300 Feet Across The Ohio River