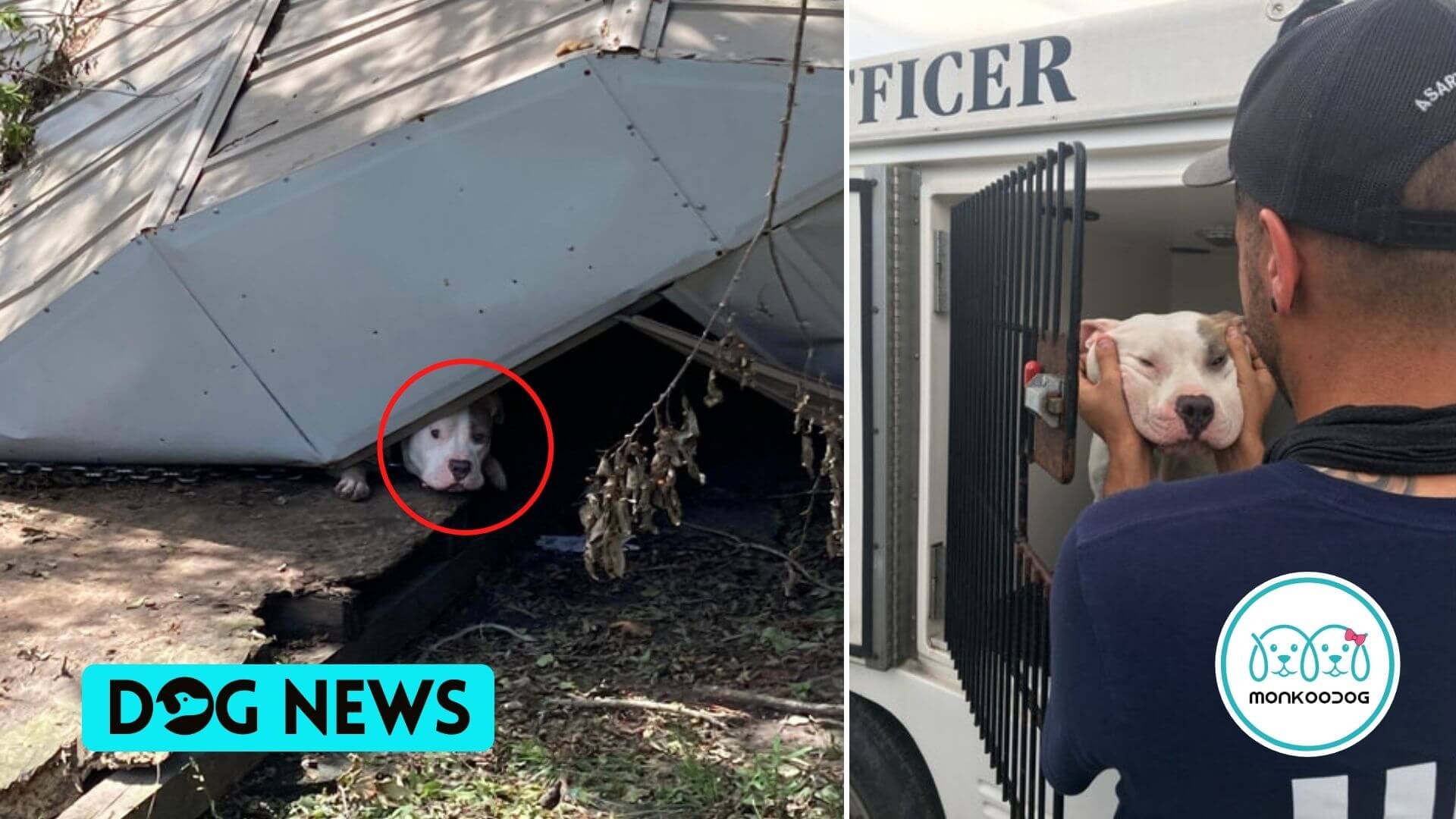 Executing a mission in the aftermath of Hurricane Ida, an emergency disaster team from D.C. the Humane Rescue Alliance, headed to New Orleans this week and rescued a dog trapped underneath a collapsed Debris.

The HRA team was assigned to respond to animal control-related calls, in order to allow the local staff a complete focus on their shelter’s influx of pets displaced by the storm. It was during this duty, that the HRA team received a report from a concerned neighbor who flagged them down and alerted them to a dog trapped beneath a collapsed shed in New Orleans. The neighbor further informed that there was no sign of the dog’s owner.

The team immediately rushed to the flagged location and found a scared dog tangled under the debris and chained inside the shed.

According to the reports when the HRA team approached the destroyed shed, they saw a furry head poking its way, tangled in the debris. And as they got closer to the shed the barking of the canine grew louder. The little canine nicknamed “Bubbles” by a young neighbor was found chained and pinned inside the destroyed shed. The Humane Rescue Alliance carefully lifted the shed enough to pull out and rescue the dog.

Also See: The Secret of Ridding Your Dog of Itchy and Irritated Skin

Supposedly, the dog was trapped beneath the debris, terrified in the sweltering heat with no food or water, right after the storm hit on Sunday.

The rescued dog was not injured. And Once freed from the shed, the adorable canine was extremely sweet and friendly, almost immediately becoming affectionate toward its rescuers.

As of now, the dog is being cared for at the Louisiana SPCA,  a nonprofit animal advocacy organization, where he could cool down while staff attempted to track down his owners.

PrevPreviousA Dog locked in the kitchen for six weeks starves to death. The owner is banned from owning animals for life.
NextDognappers face lengthy prison terms under laws to Protect Dogs, after incidents almost TRIPLE during Covid lockdownNext