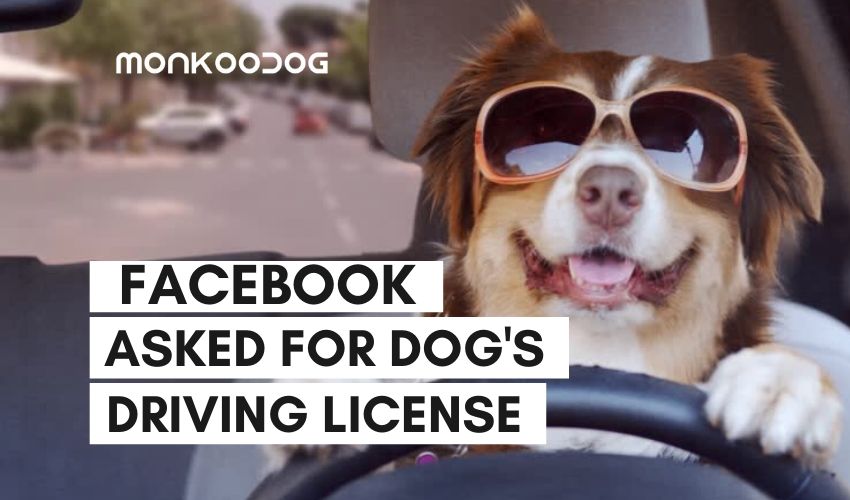 Most pet parents have the habit of creating social media profiles for their pets and some have even become global sensations. The lockdown has seen pets gain central attention all over the world and social media is gushing over the thousands of adorable posts.

Recently, Emily Doucet from Seattle, US was asked to submit the driving license of her dog, Max to regain access to the account that she had created for him.

Doucet says that she had created the account in 2010 and stopped updating it after a while. She wanted to use the account again but was not able to recall the password (that happens all the time, doesn’t it!)

Doucet humorously says that teaching her dog to drive seems like her only option!

After she posted about this on Twitter, the thread became viral as people were very supportive and shared similar stories of them being locked out of pet accounts. Most of them felt Facebook ought to relax such restrictions. Some Tweeters even extended a helping hand by posting fake dog driving licenses and others posted hilarious pictures and videos of the dog’s behind the wheel and posing as drivers!

Facebook representative, Ruchika Budhraja responded to this issue by stating that profiles are meant only for people and if anyone wished to make an online presence for their business, community, or pets, they should create pages instead.

This guideline from Facebook is an attempt to filter out fake accounts or spambots and allow only authentic profiles that are verified. In order to avoid misrepresentation, their community guidelines require proof of the original names of people.