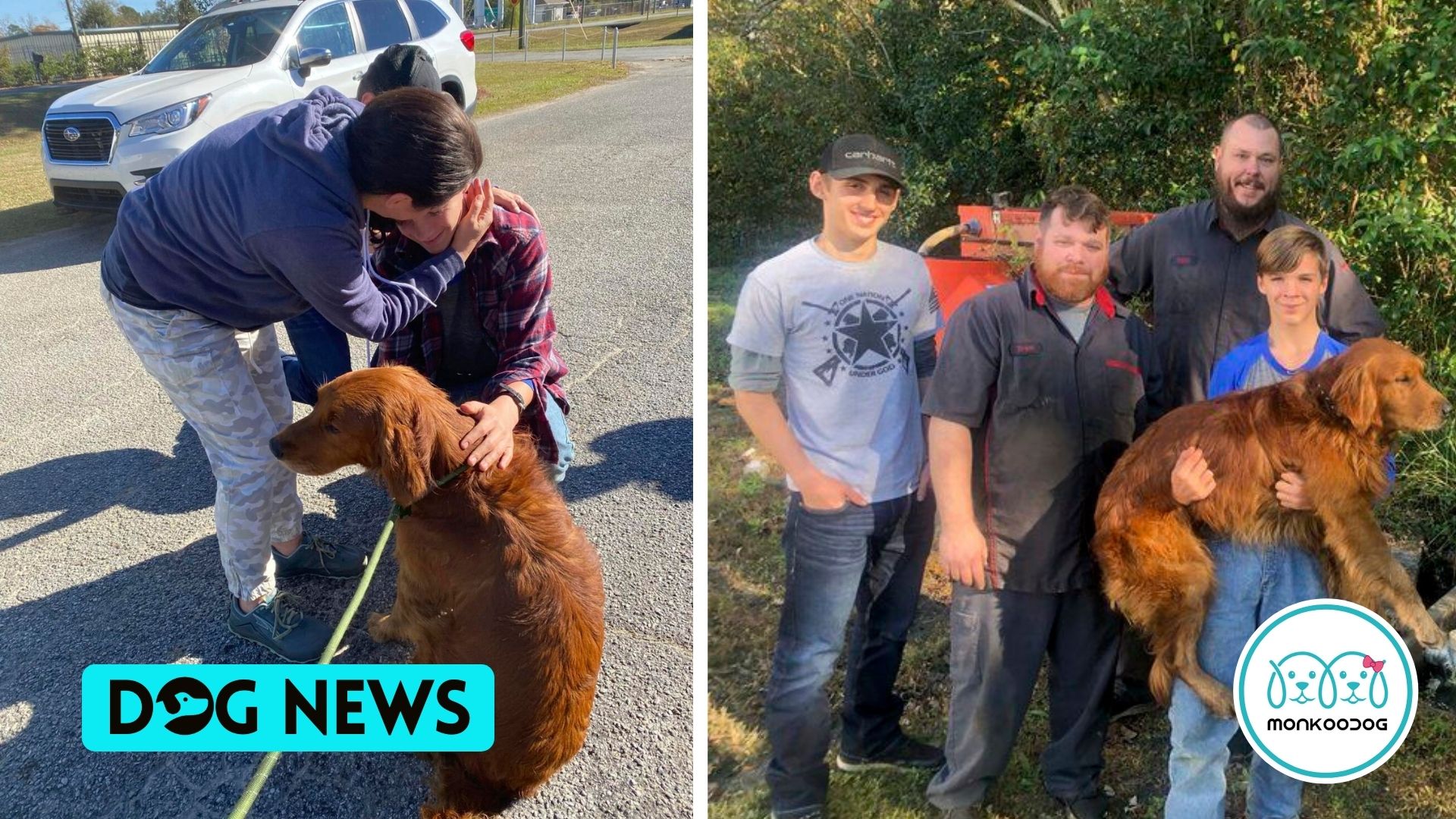 Family gets early Christmas miracle with safe return of dog

The Popiel family was relieved to find that their worst dream never came alive. They can’t stop smiling for the photos after the discovery of their lost family dog.

Bailey, a four year old golden retriever of the Popiel family, went missing on Monday. The pup is reported to have slipped out from the family’s truck’s back window on Monday afternoon. The family was out shopping at the Gateway Shopping Center. After the family discovered it, they panicked and couldn’t rest.

Bailey is family to the Popiels. Michelle Popiel said that they got Bailey for their son Noah’s 10th birthday. Bailey was a little pup months old back then. Noah is 14 now. Since then, Bailey has been with the family day and night.

The family thought they had lost Bailey forever. They decided to make the sky and earth meet to search for Bailey. They distributed flyers and news was spread on social media. They thanked the social media community for showing immense support. Their posts got thousands of likes and shares. Thousands in unison prayed for Bailey’s safe return.

Bailey was still not to be found after hours and hours. Though, before 24 hours were over, Johnson, a stranger to the Popiels, was informed of something strange being heard from the neighborhood drain.

Johnson is a mechanic at Nissan. When Johnson went to check out the source of commotion, he found a Golden pup, asking out for help, in a cold, wet state.

Johnson says that he felt it his duty to get the dog out. When you see someone in need, especially an incapable being, you have to help.

Johnson and his friend, Brent Sizemore, got Bailey out of the drain in a few minutes. Johnson contacted the Humane Society on Tuesday. Johnson informed the family that Bailey was tangled in water. He was exhausted from his efforts at escaping. He was almost giving up.

Humane Society’s executive director, Chandler Giddes says that Bailey was so tired. He was struggling to even stand up. The Humane Society contacted the family whose posts were getting viral by then.

The family couldn’t be more thankful. Michelle called it a Christmas miracle. They are so happy that Bailey was found out on time otherwise he could not have lasted too long in that situation.

Bailey did not suffer any serious injury. A little rest and a little time would heal him completely. He got a lot of broken nails though, due to the struggle he waged to survive and come out.

Humane Society finds an average of over 100 dogs lost every month. Most of them are never reunited with their families. Bailey is considered lucky to have finally found his way back home.

Bailey’s family considers themselves lucky in turn. Theirs would have been an awful Christmas if their family wasn’t complete on the day. Noah says that he would not have gotten another dog ever if he had lost Bailey.

Family is happy with the generosity of the people and think that the society is very good. Each of us stand for each other when we need to. If people cooperate in such a way, every lost dog will find its way home one day or another.

APPSTORE
GOOGLE PLAYSTORE
PrevPreviousAngels of Assisi: Dog in ‘critical condition’ after found malnourished, tied to a pole at the park
NextRescue Puppy Born With The Cutest Handlebar Mustache Goes Viral On Social MediaNext