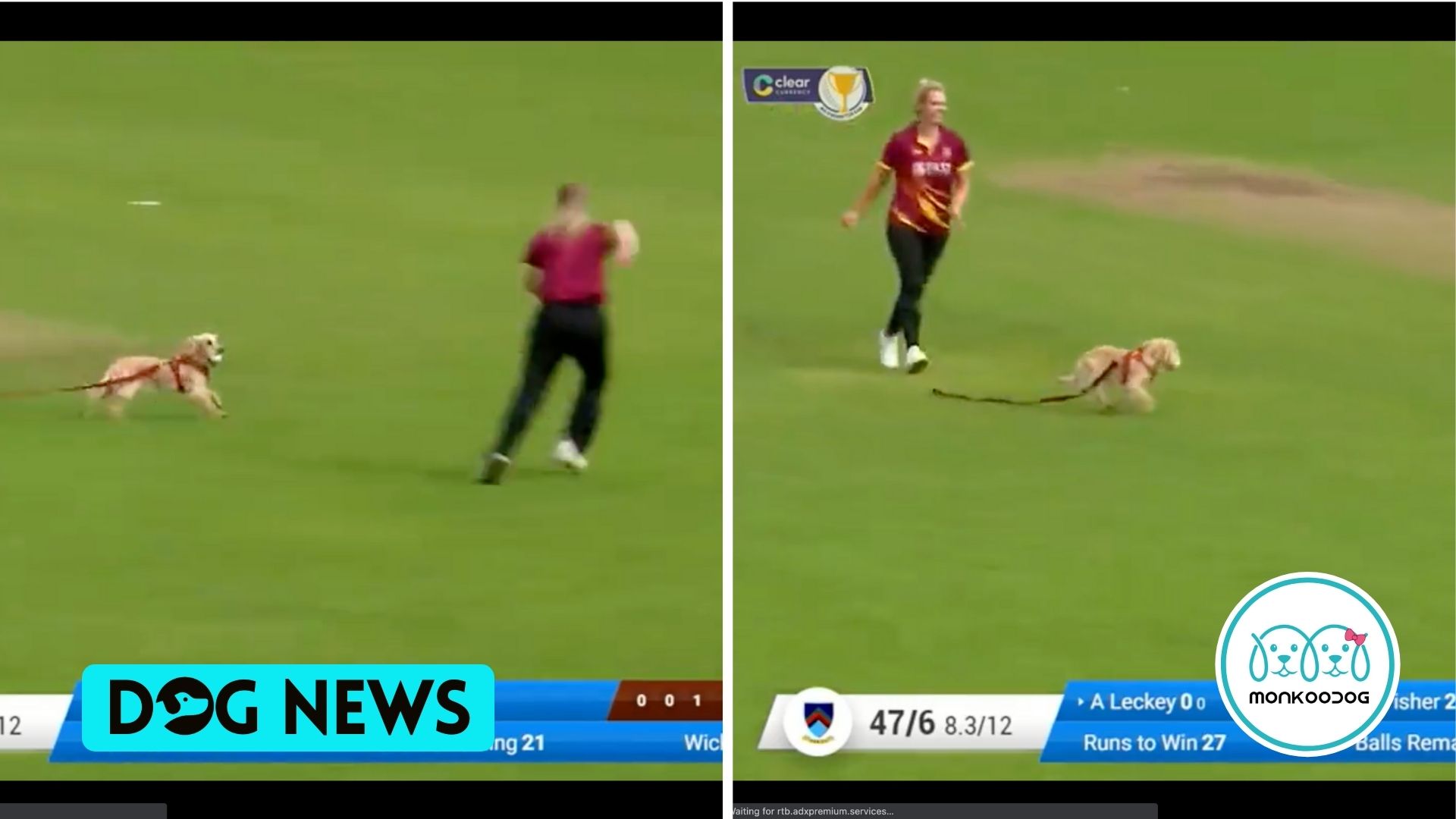 Home » ‘Four-Legged Fielder’: A Dog enters the Cricket Field. Catch the ball and runs away. Check out the Viral Innings!!

‘Four-Legged Fielder’: A Dog enters the Cricket Field. Catch the ball and runs away. Check out the Viral Innings!!

Garnering all the limelight of the cricket world, an adorable Dog has the internet buzzing with its pomp and show. After invading a cricket match, while showing off its incredible fielding skills, this dog has earned the designation of ‘Best pitch-invader ever’.

This remarkable incident took place during the Women’s All-Ireland T20 Cup semi-finale and the clip was later shared by the social account of Ireland Women’s Cricket. This viral clip is adorned with a perfect caption, reading, “Incredible fielding…by a small furry pitch invader!”

The incident took place during a match between Civil Service North of Ireland Cricket Club and Bready Cricket Club. It all happened during the second innings between the clubs. The hilarious video, of the endearing barge in, opens to Civil Service North of Ireland Cricket Club, batter Abbi Leckey hitting the ball towards the third man and attempting a single. Whereas a fielder was seen picking the ball and throwing it towards the keeper, who fails to knock off the bails. And suddenly in that instance, the cricket match transitions into a ‘game of catch’, especially for the canine who barges in to take on the rolling ball.

And the next thing you know, much to the amusement of players and audience, the little doggo grabs the ball and rushes off dodging a number of fielders, to eventually stop near Abbi Leckey at the non-striker’s end, all for some belly rubs.

Check out the adorable invasion here:

The hysterical unfoldings stopped the game for a while and had commentators and the audience rolling with laughter.  After retrieving the ball from the adorable ‘fielder’, a man was seen escorting the fur buddy out of the field.

Though Bready Cricket Club eventually won the play, the star of the show was definitely the little fur-baby. In fact, the little canine stole all the limelight on the internet, just by playing for less than a minute. Netizens can’t simply hold back from watching the adorably hilarious moment on loop.

The viral clip has amassed over 1.6 million views on Twitter alone. While the comment section is brimming with ‘aww’, love and admiration for the ‘four-legged fielder’.

PrevPreviousDog on an Endearing Paragliding Journey over French slopes with his Owner. Check out the viral video.
NextPuppy born with upside-down paws finally learns to walk after a successful correction surgery.Next