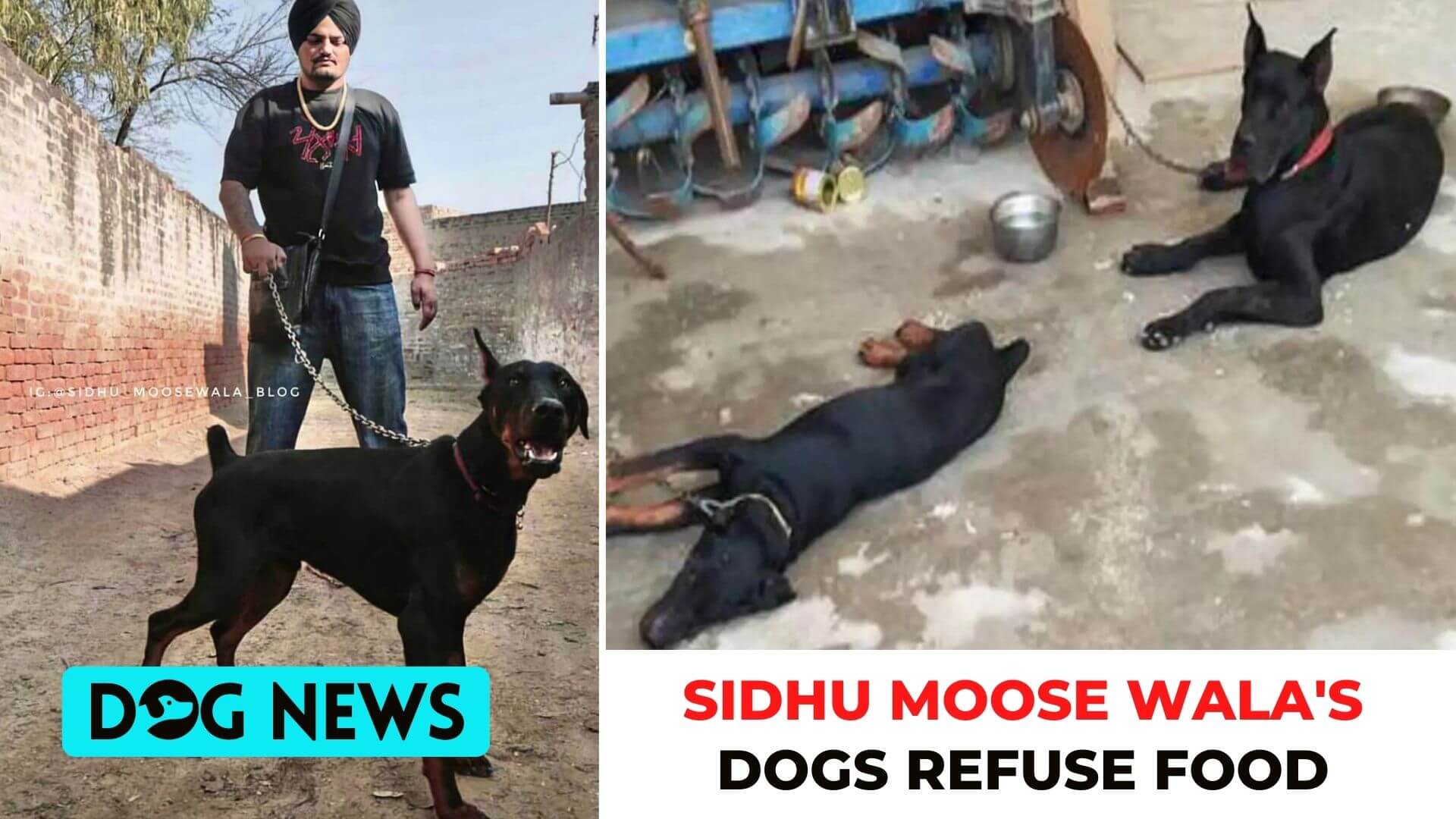 The 28-year-old Rapper from India, ‘Shubhdeep Singh Sidhu,’ better known to us by his stage name Sidhu Moose Wala was shot dead in a brutal incident near Punjab’s Mansa district.

The killing has triggered a huge row and protests with the Congress – A political party Sidhu belonged to.

His family has sought an investigation by the central probe agency and called for the dismissal of the ruling by the AAP Government.

On Tuesday, Sidhu Moose Wala was cremated at his ancestral agricultural land in Mansa district’s Moose Village with a devastating and heavy heart by his family members.

Shera and Baghera, his pet dogs, have been refusing to eat food since Sunday evening ever since the absence of their master. They were the best companions of Moose Wala whenever he used arrive home.

The pets have withdrawn from all their activities to a corner of the stately house.

Sidhu often used to cuddle with them before going to sleep and treated them like his kids. A resident of Moose village Bakhshish Singh claims that ‘Shera and Baghera used to get a lot of love and affection from the late rapper, and they have been uninterested in eating since Sunday by laying in a corner and refusing to budge.’

Also See:- The Saga Of IAS Officers Walking Their Dog In Sports Stadium Has Only One Happy Ending

While Baghera seemed to be drowned in grief, Shera looked up a few times to notice people.

According to experts, dogs change their behavior when they mourn someone’s loss, much like humans. They become depressed, lack appetite, and deny playing around. They sleep for longer hours than usual and walk around more slowly.

When their closest human is gone, there is a massive void in a dog’s life that might need assistance to cope up with.

On the other hand, A Manhunt has been launched to arrest the culprits. The police are also investigating the CCTV footage from the ‘Dhaba’ where Sidhu was having his meal, revealing some people’s involvement in the incident.