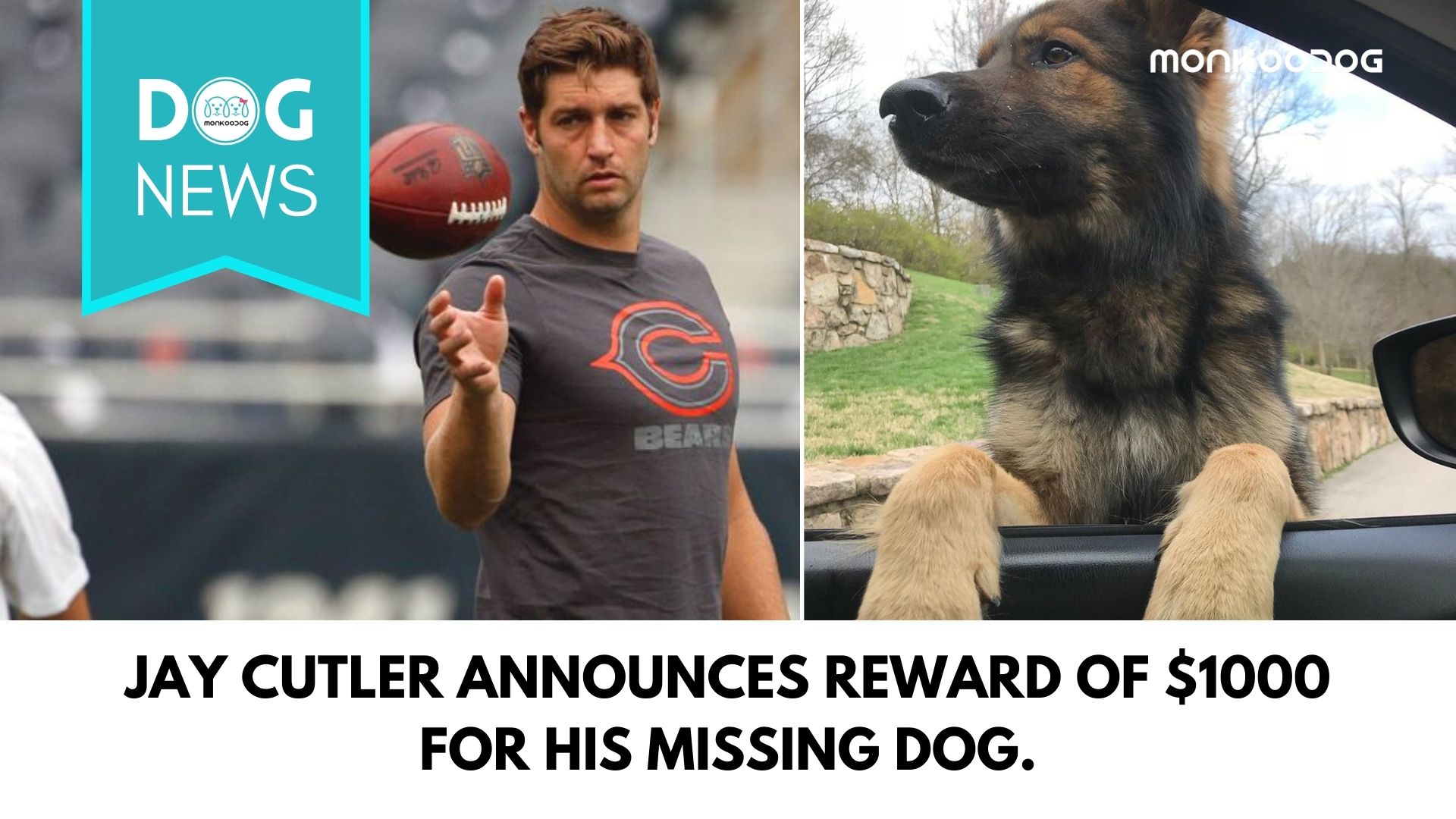 Home » Jay Cutler Announces Reward of $1000 For His Missing Dog

Jay Cutler Announces Reward of $1000 For His Missing Dog

Have you ever come across a person that seems hard at first but then you seem him in utmost love with animals and your mindset changes? Even if you have not you will be going to have an example through this news. A lot of our readers are familiar with the name, Jay Cutler. Especially the die-hard fans of the NFL. But did you know this 37-year-old Chicago Bears star considers the unbreakable bond with his pet dog as his biggest achievement?

Jay and his dog Bane are very paw-pular thanks to social media. Their adorable moments are captured and circulated by Jay himself as well as the media. But the reason Jay and Bane are making headlines again is really saddening.

Jay took to his Instagram to announce that Bane has gone missing. Every dog lover reading the post can feel the pain Jay must be going through. He also announced a $1000 reward for anyone that can find his beloved German shepherd. Bane was reportedly last seen in Old Hillsboro in Franklin, Tennessee. Check out Jay’s post below-

Just a week before the news of missing Bane came out, Jay was reported to be spending vacations with his ex-wife Kristin Cavallari and their three kids at a Nashville home. The two split in April 2020 after being 7 years together. They share sons Camden, Jaxon, and daughter Saylor aged 8, 6, and 4 respectively. As Jay has told in several interviews earlier, he considers Bane as his fourth child.

Jay and Cavallari’s split announcement came out of the blue for many fans as they decided to take their paths apart during the pandemic. As E! Entertainment already had announced Jay as the perfect husband during his former wife’s show in January last year. “We have nothing but love and respect for one another and are deeply grateful for the years shared, memories made, and the children we are so proud of,” the couple explained in a joint statement that it was a mutual decision.

Cutler came into the limelight with the NFL. It was a surprise for many to have found out how an apparently hard person like Jay Cutler shares an over the edge pure bond with the adorable German Shepherd. Though it will be underestimated if we call Jay only a dog lover. His Instagram is proof that if you are looking for a celebrity animal lover, Jay can be one of your best picks. And this is not the first time that Cutler used the popular social media platform in favor of animals. In June, he used Instagram to reveal the bizarre “chicken murder case” he has been experiencing on his Tennessee farm. Since then we have been thoroughly updated about the case through security camera and night vision footages to find out how the numerous chickens went missing or mauled. Though the identity of the real “chicken serial killer” is yet to be discovered and disclosed.

Coming back to Bane, during Jay’s appearance on his former partner Kristin Cavallari’s TV show “Very Cavallari” Bane also made his TV debut.  During the show as well it was revealed how dogs understand Cutler even more than humans can. The grief Jay is passing through is understandable, considering his selfless love for all animals. And in today’s world social media has enormous power to do anything. For the sake of unconditional love, let us all really try to reunite Jay and Bane.