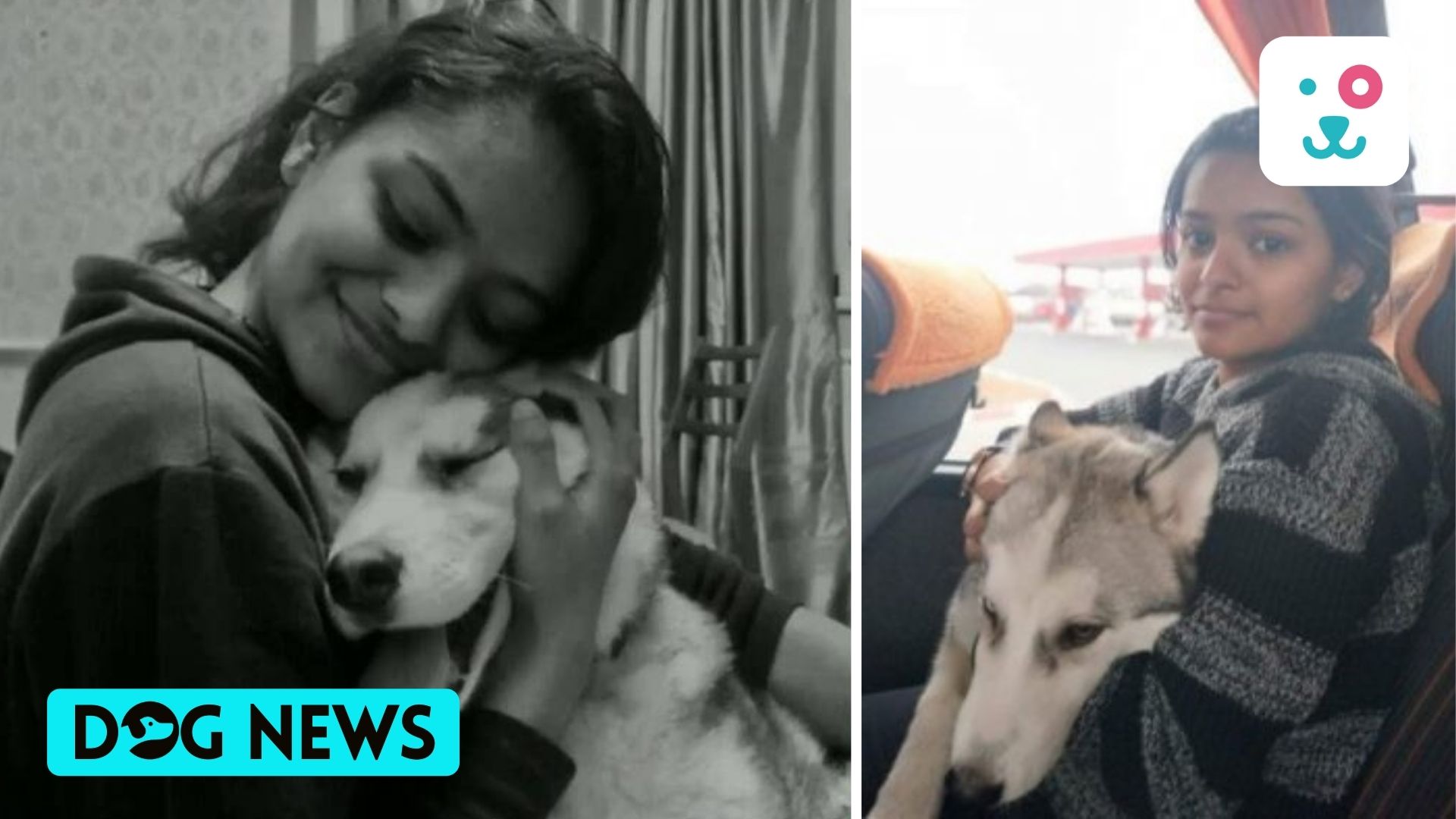 In times of destruction and hate, little acts of love keep one hooked on humanity. Such is the story of Arya Aldrin, a Keralite stranded in the Ukraine-Russian war, and her dog, Zaira.

Arya Aldrin, a student of medicine at the National Pirogov Memorial Medical University in Vinnytsya, Ukraine, is a native of the Idukki district of Kerela. After the war extended to West-Central Ukraine, Arya, like other students, was asked to leave Vinnytsya for a bus to Romania.

Arya, along with her 5-month old Siberian Husky, Zaira, left for Romania. The bus dropped them on the Romanian border from where they had to walk 20 km through the harsh Ukrainian winters.

She had to carry Zaira in her arms as she says she is just a puppy. She left many essentials behind, including her clothes and food, in order to free up space to carry Zaira. Arya and her friend took turns carrying the dog.

She is preparing the essential documents for Zaira’s travel to India. She says she is not leaving her behind. Arya got Zaira from a friend in Ukraine. She is so fond of her puppy and the puppy returns all the love. She can’t even eat without having Arya around.

Though, the authorities are unsure if the dog would be allowed to board the flight. There are many humans who need to be evacuated. Though, Arya is adamant she is not leaving without her dog.

Many Indian students stranded in Ukraine are now trying to contact Arya on how to take their pets along in a similar way as Arya did take Zaira to Ukraine.

The news got particularly famous when it was posted by Kerela’s Education Minister, V Sivankutty on his Twitter handle with a caption – “Without abandoning her pet dog, Arya, a native of Vandiperiyar, is on her way to India from a war-torn country. It is born out of love and the world benefits from such love.”

She is at the Romanian airport now, waiting to board the flight to India with her dog. Arya says she has gone through a lot to keep Zaira with her till now. She can’t imagine leaving her behind. If she can’t take her along with her to India, everything would have been in vain.

The recent incident of Rishabh Kaushik refusing to board a flight to India without his dog and now of Arya prove that even in times of war, love wins over fear and even death. Countless incidents of affection from the war are winning hearts all over the world. Though, some incidents just leave their impression for a long time.

Related News:- Student Refused To Leave Ukraine Without His Dog

PrevPreviousTo help the police, a dog squad will be deployed at the local police stations in Delhi
NextHad it not been for Sophie’s timely intervention, Lee’s life would have been under threat.Next