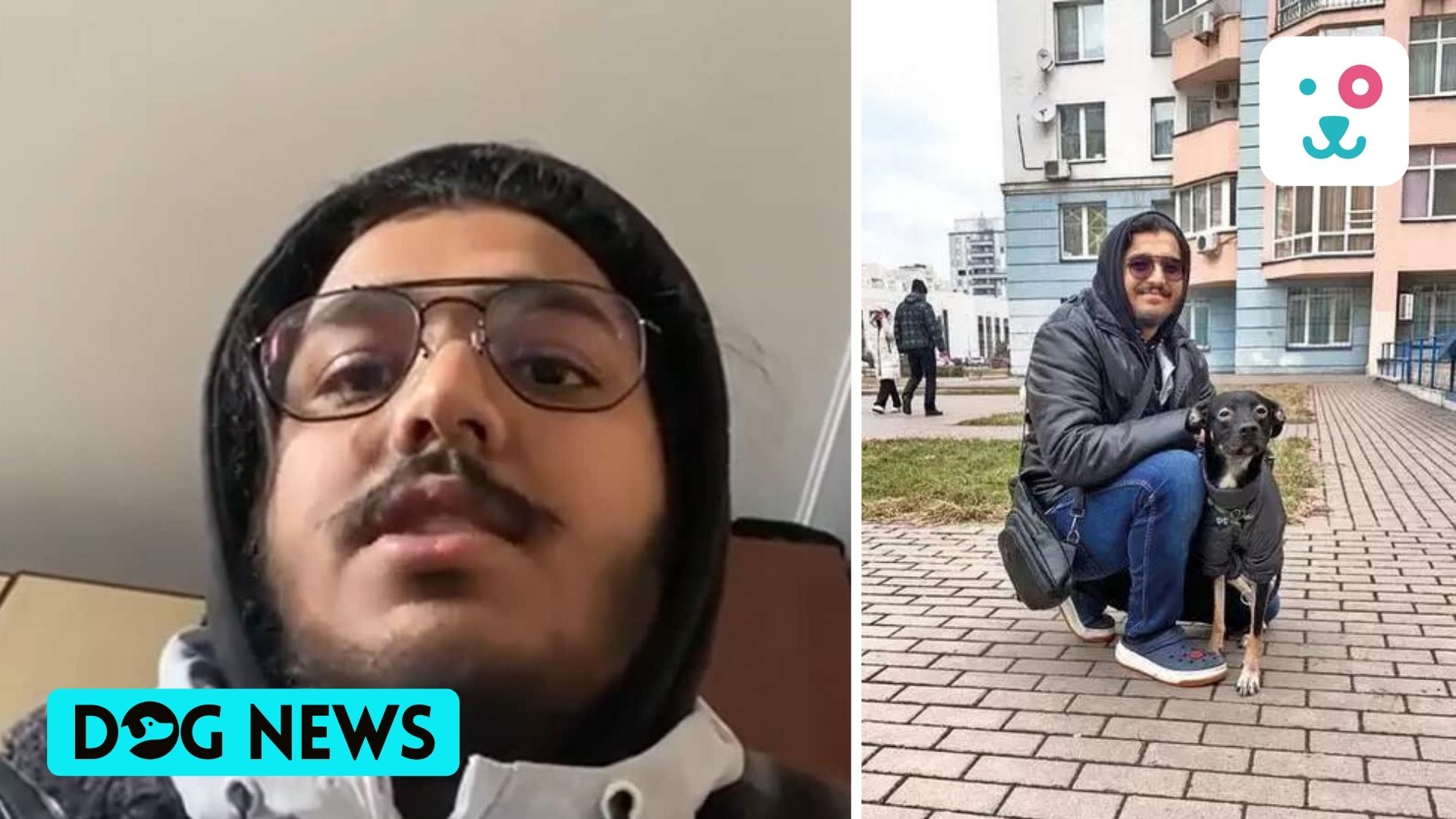 Home » Student refused to leave Ukraine without his dog

Student refused to leave Ukraine without his dog

In the brutal times of war and destruction in Ukraine, everyone is running away or fighting to save their lives. In such times, a heartwarming act of love between a human and a dog surfaced.

Rishabh Kaushik, 21, a third-year software engineering student of the Kharkiv National University of Radio Electronics, luckily got an opportunity to get out of the city of Kharkiv in Eastern Ukraine when his documents were approved by Indian authorities.

He could have flown back to India to his home, to safety. However, Rishabh refused to board the flight. Rishabh has a pet named Maliboo, a pet dog whom he got from a local resident who rescues dogs from the streets.

When he got approval to board the flight, the authorities didn’t accord the same to Maliboo. They told Rishabh that he could get in but he would have to leave Maliboo behind.

What did Rishabh do?

However, he refused to get in without his dog. In a conversation with the press, Rishabh told them he can’t leave his pet behind. Who would take care of his pet if he left him behind? He tried very hard to get approval for him but the authorities couldn’t grant him one.

He has been trying to ask for permission from the Animal Quarantine and Certification Service in Delhi to grant permission to his dog to fly. The authorities kept on refusing him and asking for more documents.

Both of them have been staying inside a bunker in Kyiv underground. Though he says the bunker gets too cold sometimes and they have to come out to get warmer.

He says he would have been in India right now had the authorities responded on time. People are running out of food and water and nobody knows how worse it is going to get.

Though the appreciable act of not leaving the dog behind won hearts over the internet. Rishabh and Maliboo are receiving support from the world over. Indian authorities got many pleas to respond to Rishabh’s plea.

Also See:- An Old Man Turned To A Child While Playing With A Dog.

PrevPreviousA little cute dog who is a master of hide and seek
NextTo help the police, a dog squad will be deployed at the local police stations in DelhiNext