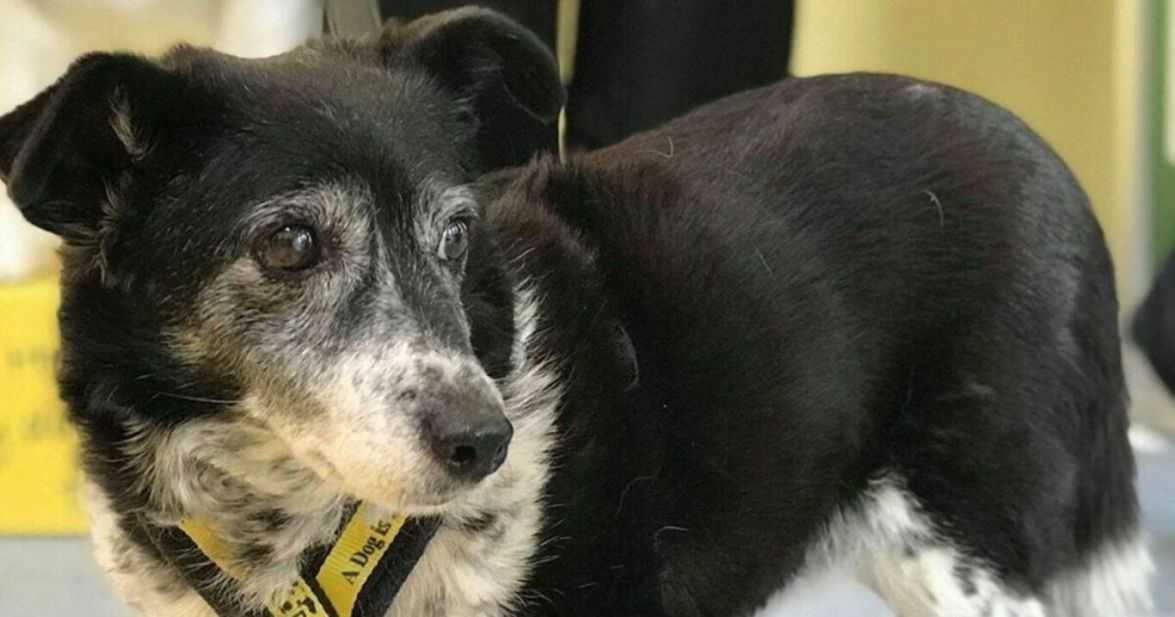 Dogs are known to have one of the strongest bonding with humans. Their entire lifespan of 12 to 14 yrs is spent devoted to humans. However, their short life span is often a cause of worry, especially among emotional people.

There is one dog that is regarded as a miracle among the species. At the age of 21 yrs old in human age, she is way colder than normal. Considering the fact that 1 human year is equivalent to 7 dog years, she is 147 yrs old approximately.

Queenie was a stray Terrier adopted by Bridget Pike in 2008. An avid dog lover, Bridget works at Dog trust in Salisbury. She already has 2 other dogs who are quite old themselves. Bo at 12 and Bonnie at 10 yrs of age, are Queenie’s siblings.

According to Bridget, even though Quennie has almost gone blind and has a problem walking for a long while, she is a healthy and happy dog. Queenie loves being outdoor and has her own specially designed pushchair to roam around without straining herself much.

Adored and loved by everyone around, this little black and white terrier is one happy and goofy dog. Belly rubs and cuddling being her favorite past time, Queenie often whines and complains the people around her does not give her enough cuddle and belly rubs.

According to Bridget, it is funny to see Queenie still trying to act as her protector, every time she sees a stranger despite her old age and weakening health. Quennie is no ordinary dog, considering how tough of a cookie she is.

Bridget knows that Quennie’s time is nearing, yet as she turned 21 yrs old, Bridget only prayed that Queenie would live a few more years. She is an inspiration to all the other older dogs, who have given up on living.