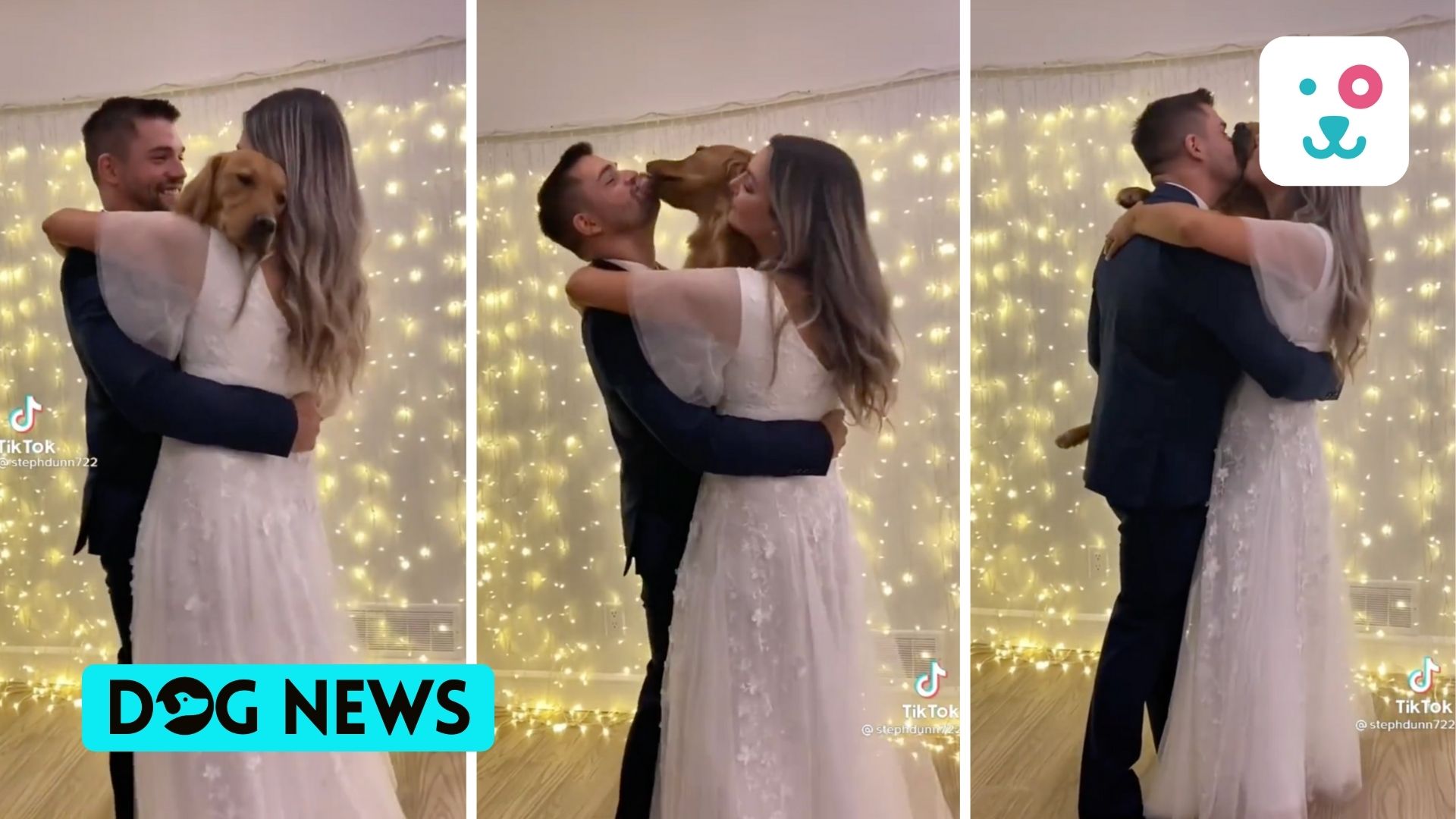 Recently an adorable video went viral. The video has been shared all over the internet and rightly so. In the video that went viral, a bride and groom are dancing with each other at their wedding ceremony.

Well, obviously there is nothing unusual in a bride and groom dancing on the day of their wedding but what makes this video unique and adorable is the presence of the third entity. The bride and groom are dancing along with their dog.

The dog in the video is the cute golden retriever.

It is not surprising, people who are dog parents will know and understand that dogs are just like family. If you happen to have one, you would know that there is no difference between a dog and a human baby. Since we like to celebrate our special days with family, the couple’s dance with the dog is no surprise.

If you use social media, you might be aware of a lot of videos where there is the presence of the family pooch at weddings. Videos of these kinds are a treat to the eyes as the happiness on the faces of humans and dog is always adorable, to be with each other on their special day is a privilege.

This video will make you go ‘aww’, after all, it is so cute to see these three celebrating their moment.

What Makes the Video Adorable?

The video was originally posted on Instagram by an account with the user name goldenretriever_lilly. The video was posted on March 10. Since then, it has got around more than 1 lakh views.

The video shows a couple dressed as bride and groom, dancing and embracing each other while carrying their dog between them. Later, the adorable dog clings to n the bride and licks the face of the groom in love.

The caption on the video reads,’ This is everything’ along with a few emojis which show tears of joy.

The comment section of the video was filled with adorable and lovely comments from people around the world. A few of the comments were like, ‘The ultimate wedding crasher, but no shame in doing so,’ Another said, ‘Yes it is! Let us dance forever. Another called the three a lovely family.

The golden retriever in the video is named Bear. The owner who posted the video is Steph, she is a registered nurse.

Don’t you think the video is worth watching and probably the most adorable thing on the internet today?

Also See:- A Video Of A Dog Playing The Piano And Singing Along With It Went Viral