Timid Little Golden Retriever Loses It After Seeing Darth Vader; Hides Behind Sofa Till Everything Is Alright 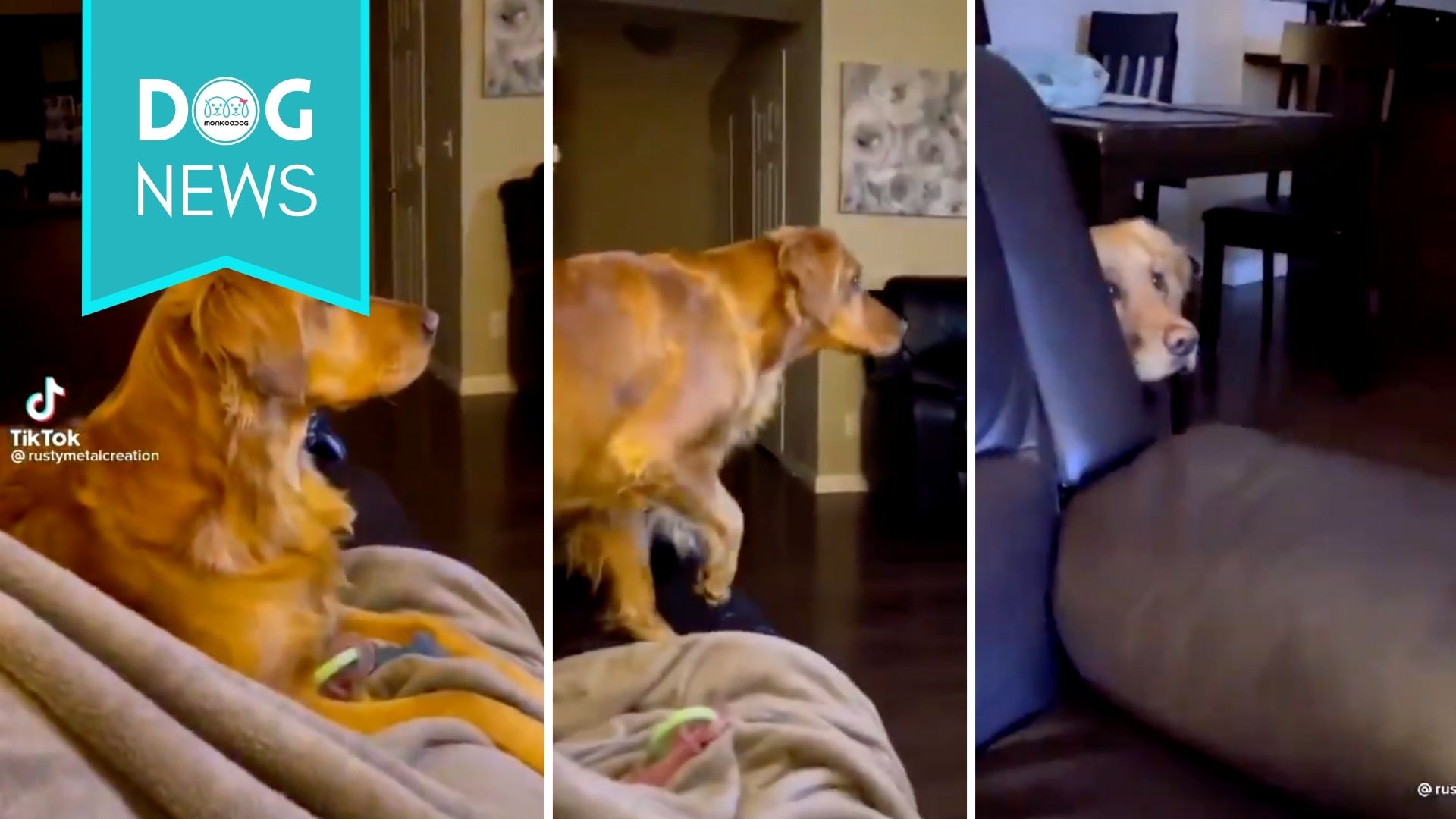 Many of us have been stupefied by the sight of the iconic Star Wars villain, Darth Vader and now we have a new furry member joining the club. A new viral video has recently been making the rounds and stealing hearts on the internet. The video features a somewhat shy Golden Retriever dog hiding behind the sofa in fear as soon as she sees the iconic Star Wars villain, Darth Vader on screen. Ellie, the Golden Retriever has just sat for a movie date with her human parent, former American basketball player, Rex Chapman. As soon as she spotted the gasping Darth Vader on television, the poor little dog was seen getting off the sofa and straight-up hiding behind it till she felt everything was alright. The character’s superimposing stature and husky voice can make a lot of our blood curdle, let alone poor little Ellie who just wanted to chill with her human parent for a bit.

This adorable video became an instant hit on Twitter as it was retweeted over 34.3 thousand times. It became so viral that the video was also retweeted by Mark Hamill, who played Luke Skywalker in the franchise. He calls Ellie a smart dog and wishes he had thought of the same on seeing Darth Vader himself the first time.

Twitter users also responded to this adorable video by posting videos of their pets reacting to famous movie scenes. One of them was of a dog watching the Mufasa scene in The Lion King. Another said that their dog, Emperor Pupetine was perfectly fine with Darth Vader but was terrified of Yoda. Another user shared a video of their cat reacting to the classic thriller Psycho. Overall, netizens found little Ellie’s reaction to Darth Vader both adorable and super relatable.

What do you think?