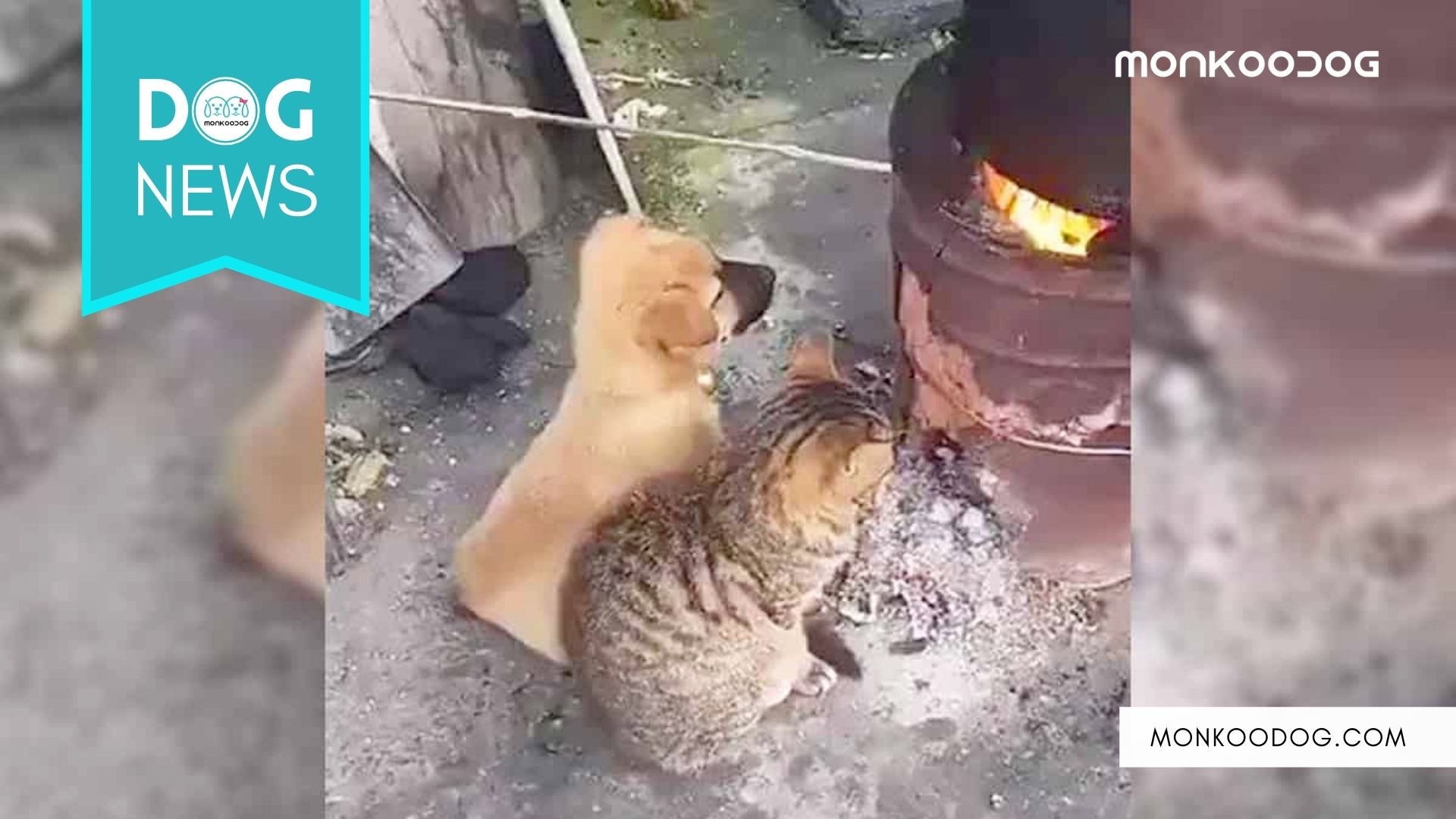 There is a very famous analogy – “Fight like cat and Dog” that is used during any problematic situation. This unique bond between species has always been a very interesting study since the beginning of humanity. Though fights and dominance between different species are the most common occurrence, over time some of the most legendary friendship stories between them have been immortalized through documentation, videos, and photographs.

Zebra and a lion drinking water from the same lake in Africa or a pair of Sumatran tiger cubs peacefully living with Orangutans in an Indonesian zoo or even the most famous human loving crocodile in Kerala, India, are just a few such stories that are well-documented proof of interspecies bonding.

Cats and dogs on the other hand are some of the most hilarious duos on the planet. Their relationship is often based on the principle of not bothering each other. Most often than not viral videos of interactions between these species are extremely funny encounters.

However, a recent video posted by Indian Forest Service officer, Sushanta Nanda is a very different story that has garnered worldwide attention. Titled,” Warming themselves and our heart.” along with a few smiling face emoticons, the short 15-second video posted on Twitter shows an adorable puppy and a very cute kitten warming themselves in front of a winter fire lit by someone.

As the temperature begins to drop further in the country, most strays are looking for extra warmth anywhere possible. So, it is a common sight to see cows, dogs, and various other animals accumulating in front of a fire or any other source of heat.

Both the pup and the kitten are seen cozy and very comfortable with each other while patiently letting the heat warm them up. Rather than actually fighting for space and dictating over each other, these two cuties are far more interested in sharing the warmth from each other’s body and the fire.

Currently, the video has over 500 thousand views and 11 thousand likes. Retweeted over 1700 times since it was posted on January 8th, the video has garnered a lot of attention from animal lovers worldwide. Many have even posted requests about providing winter protection to the strays, in addition to leaving some of the most heart touching comments about adopting the duo under the video.