What Are the Most Common Wild Animals That Can Spread Rabies to Your Dog? 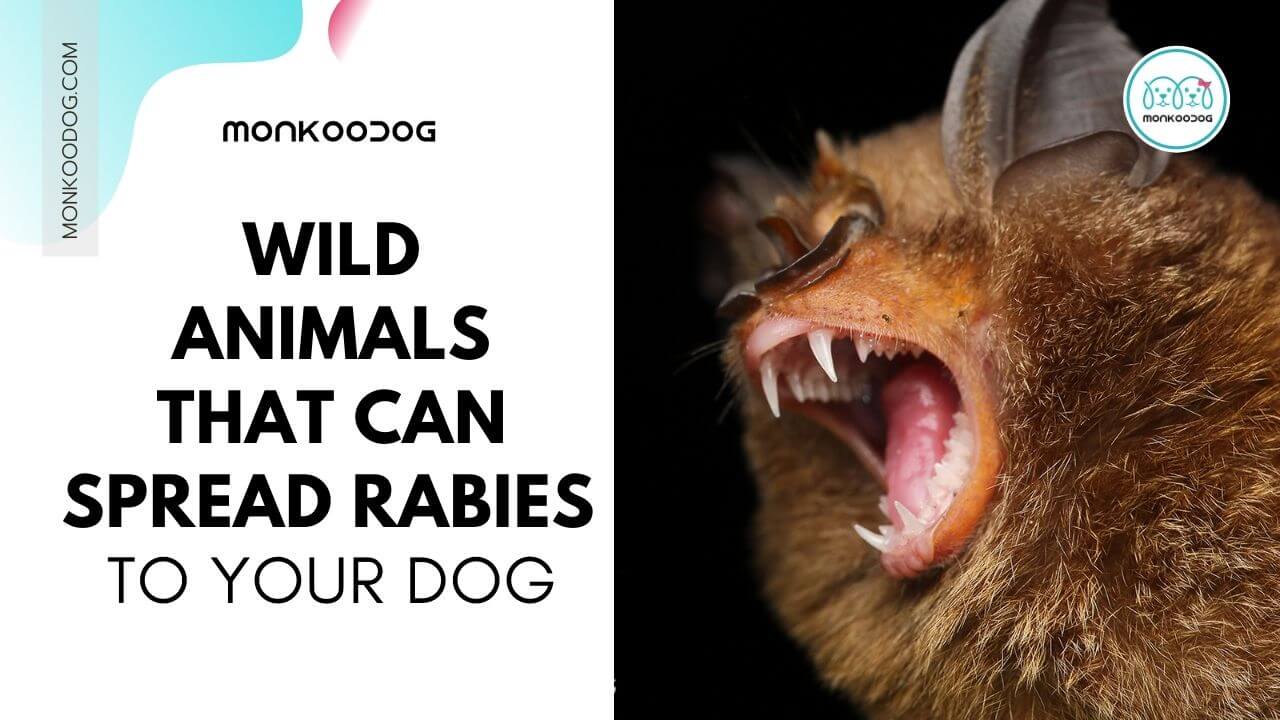 If you live in an area where wild animals are prevalent, which is virtually everywhere in North America, you might worry about rabies. In this blog, we inform you why Rabies to Your Dog?

Rabies is a serious viral infection that can be spread from animals to other animals and humans.

There is good cause for concern about rabies, and it is important to know which wild animals can spread them to your pets.

Continue reading to find out the most common wild animals that can spread rabies to your dog.

As one of the most common viral infections that are spread to dogs from wild animals, rabies is serious.

Rabies is a serious virus that takes hold of an animal or human’s brain, eventually causing very serious health complications that cause death in most cases.

While it is very serious, luckily there is a solution to keep your dog safe. Vaccinations for rabies are highly effective and should always be kept up to date, as they are a sure way to keep your pet from getting rabies.

This malady will eventually kill your dog if they are not vaccinated, as rabies takes over the brain and really messes up mammals, causing delusion and hostility.

When this point is reached, the dog is not likely to live even if treated, and can even attack and hurt its owners.

A wide variety of animals spread rabies, so it is important to always be on the lookout for your dog’s sake.

Continue reading to find out which animals carry this infection of the brain.

Commonly found in all parts of the United States, both urban and rural, the raccoon has become the most famous scrounger of modern society.

Well-known for its bandit-like mask around its eyes, this creature is also a very common carrier of the rabies virus.

Since they are so commonly found, raccoons pose a real danger of spreading rabies to your dog, especially during the night when you cannot see them.

Because of this, it is important to know how to tell if a raccoon has rabies. Beyond vaccinating your dog, one of the best ways to keep raccoons away is to secure your garbage tightly and be sure no pet food is left out with easy access for raccoons, as these things attract them to your property.

Known for their peculiar ability to spray powerful odours at any threat, skunks are commonly found in all urban and rural areas in the United States.

There is the striped skunk, common in much of the United States, in addition to the spotted skunk, which is less common.

Both varieties of the skunk are common carriers of rabies. Since these animals love to come into people’s yards to hunt for grubs, it is common for dogs to have encounters with skunks.

Also See: All That You Need To Know About Dog Vaccinations

Foxes and coyotes are less commonly seen in urban areas, although it does happen. These two are lumped together, as they are both commonly found to be carrying rabies.

If a fox or a coyote gets into a fight with your dog, there is a good chance your dog could have been exposed to rabies.

Since dogs tend to be territorial and protective, foxes and coyotes will generally be scared away.

However, if a coyote or fox does have rabies, it may be aggressive and attack your pet. Since foxes and coyotes roam freely, there is really no way to prevent them from coming near your property. This is why vaccination for rabies is so important.

Though it seems strange, the bat is one of the worst offenders for carrying rabies. And while a bat biting your dog might be rare, it can happen.

A bat bite is a sure way for your dog to end up with some kind of illness or disease. If you have seen your dog come near a bat, dead or alive, it is important to get them checked out as soon as possible.

While most dogs are vaccinated for rabies, there are many owners who are not willing to spend the money to get it done.

Generally, a rabid dog will be lathering up at the mouth and acting aggressively, so that is something to look for.

The best way to protect against a rabid dog is to have your dog vaccinated regularly.