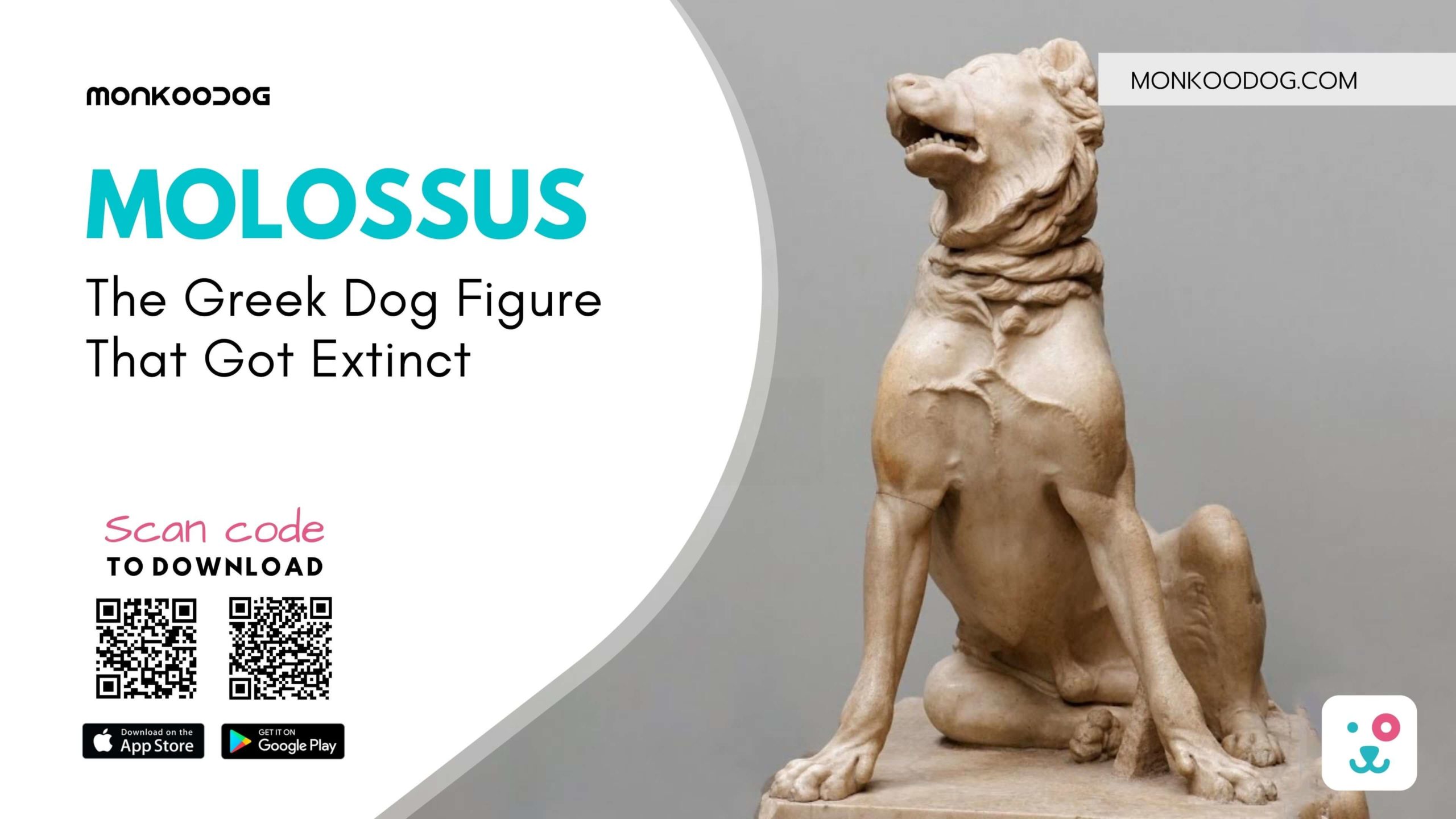 Home » Molossus: The Greek Dog Figure That Got Extinct

Molossus: The Greek Dog Figure That Got Extinct

The Molossus was a large-breed dog with a strong and powerful body. It was one of the most well-known, popular, and adored canines of antiquity. This breed belonged to the kingdom of Molossians and was a strong dog with a large mass.

Molossus was recognized and admired by historical figures such as Aristotle, Alexander the Great, and Virgil. Despite being a popular breed, we know little about them because they are no longer alive.

The appearance of this dog was mostly unknown. The Molossus, according to tradition, was a massive, powerful dog with strong legs and a large chest. Others believe the Molossus was a sighthound dog, as evidenced by its straight, tall legs and enormous ears.

According to another description of the breed, they were medium-sized dogs with a broad range of looks. Nobody knows what the original Molossus dog looked like in general.

The Molossus was built in ancient Greece and is mentioned in various works of literature. The Molossian tribes kept two types of dogs: one for hunting and one for livestock protection.

The hunting Molossus was described as being similar to regular dogs, however, the herding or guarding counterparts were much larger and more vicious livestock protectors. A statue called “The Jenning Dog” is thought to depict Molossus in general. It’s a facsimile of a lost Greek bronze figure on display at the British Museum.

In ancient times, the Molossus was revered for its qualities as a guard dog. It was used by the Roman army, which bred them, particularly for that purpose.

Breeders nowadays seek to appeal to Molossus’ heroic past as proof that he makes an outstanding home security dog. Back in the day, they were also used to help herd livestock on farms.

The crossing of Neapolitan mastiffs with other mastiffs produced what breeders consider to be the original, albeit it should be noted (as previously stated) that there is insufficient evidence to establish the original Molossus. We may never know if the American Molossus is related to Aristotle’s dog.

The American Dog Federation’s (ADFcurrent) Breed Standard for the American Molossus calls for a shoulder height ranging from 27 to 35 inches depending on gender.

They range in length from 31 to 40 inches and weigh an average of 200 pounds!

The American Molossus is its own species. Its appearance poses various obstacles and controversies because it is not recognized by official organizations and is difficult to define as a separate breed.

It’s easy to see why people might be captivated by such a one-of-a-kind puppy. We can only hope that additional studies on the upbringing of this endangered species will be conducted.

How Did They Get Extinct

Molossus was used by the Romans for a number of functions, including protecting Roman possessions, attacking opponents in warfare, hunting games, defending humans from wild monsters, and many more. When the Roman Empire began to fall apart, there were issues that resulted in the death of the Molossus.

As a result of conflict and warfare, their numbers were rapidly diminished. There are just a few ideas on its extinction. Some argue that the fall of the Roman Empire was the cause of its demise since caring for Molossus was expensive, leading to its extinction.

Others suggest that the pure Molossus died out as a result of decades of crossbreeding by locals to develop a breed that fit their likes and preferences. As a result, crossing with different breeds results in completely different breeds.

Many current breeds are claimed to be derived from the Molossus, including the Rottweiler, American Bulldog, Great Dane, Mastiff-type dogs, and others.

PrevPreviousThe Presa Canario: A Guide to the Fiercely Loyal Canary Mastiff
NextHow Clever Is Your DogNext