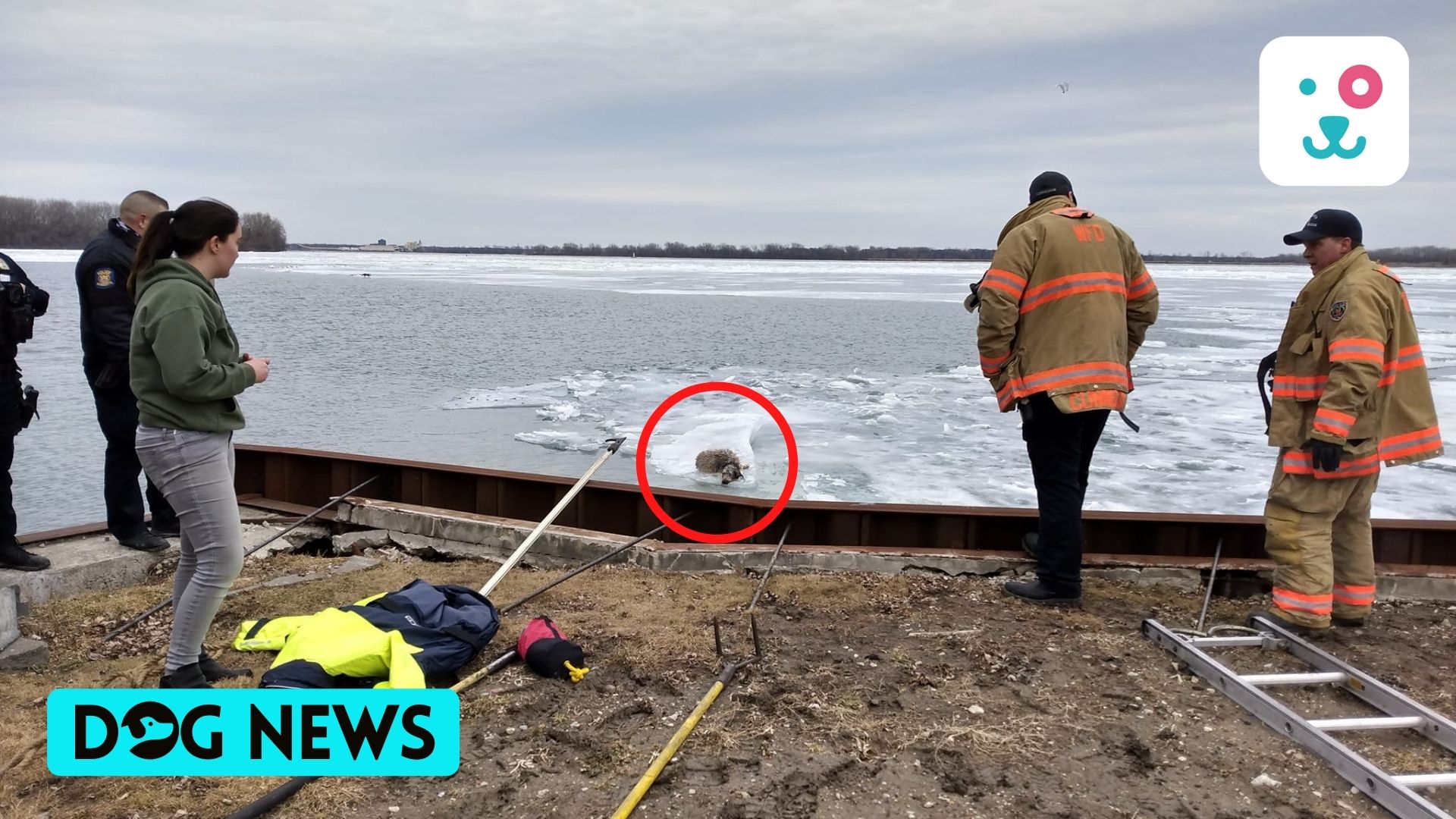 Home » A dog fell into the freezing Detroit River, rescued by the firefighting department

A dog fell into the freezing Detroit River, rescued by the firefighting department

Dogs are adventure-loving creatures and do not like captivity. Sometimes, they go to extreme lengths to avoid being captured or kept at home. This is what this dog did who got herself stranded in a river. Firefighters braved freezing cold and the rescuer stood on a slippery ladder tied on a rope while he was rescuing the dog.

Recently a video went viral where a dog can be seen sitting on an ice chunk and a man in an orange suit trying to rescue her.

Lucy, a labradoodle, was recently rescued by the firefighting department of Wyandotte. The dog ran away from her home in search of adventure and fell into the Detroit River in Michigan, US. Lucy was adopted 2-days ago and ran away from her new parent.

Fortunately, she found a chunk of ice and climbed on it. The chunk was floating in the river and would have floated away. That is how she was seen by the locals and reported to the police. As soon as they got the information, the Wyandotte police department arrived with firefighters and animal control.

The firefighter, dressed in an insulated orange suit, can be seen dragging Lucy with a catchpole towards himself on the shore. The dog is calmly waiting to be rescued. The river is freezing and the dog can be seen shivering on the top of her temporary abode.

While she was being dragged, Lucy gets a bit scared but afterwards, she becomes rather calm and cooperates.

After she was rescued, the rescuers said that she can’t say anything but she seems positively relieved and grateful. The Wyandotte firefighting department put up a post on their Facebook page after rescuing Lucy that read – “We were happy to assist in the rescue of this pup that ended up on the Detroit River. Nice work to the on-duty crew today. Glad to report Lucy is safe and sound! Thanks to everyone else who assisted us!”

Wyandotte Deputy Police Chief, Archie Hamilton says that if the neighbours had not spotted the dog floating on an ice chunk, she could have drowned or frozen to death.

Archie Hamilton also says that when they couldn’t figure it out, the police department considered calling the US Coast Guard and even jumping into the waters themselves. The firefighters though made a better plan to get the animal out to safety.

The video got immense love and appreciation worldwide since it has been shared by the Wyandotte Firefighting Department. The brave act of firefighters for a small animal warmed everyone’s heart. Lucy is safe and healthy now and preparing to wander off playing again.

Also See:- Dog’s Innocence Captured, He Buries His Snowballs Delicately In The Snow Itself.