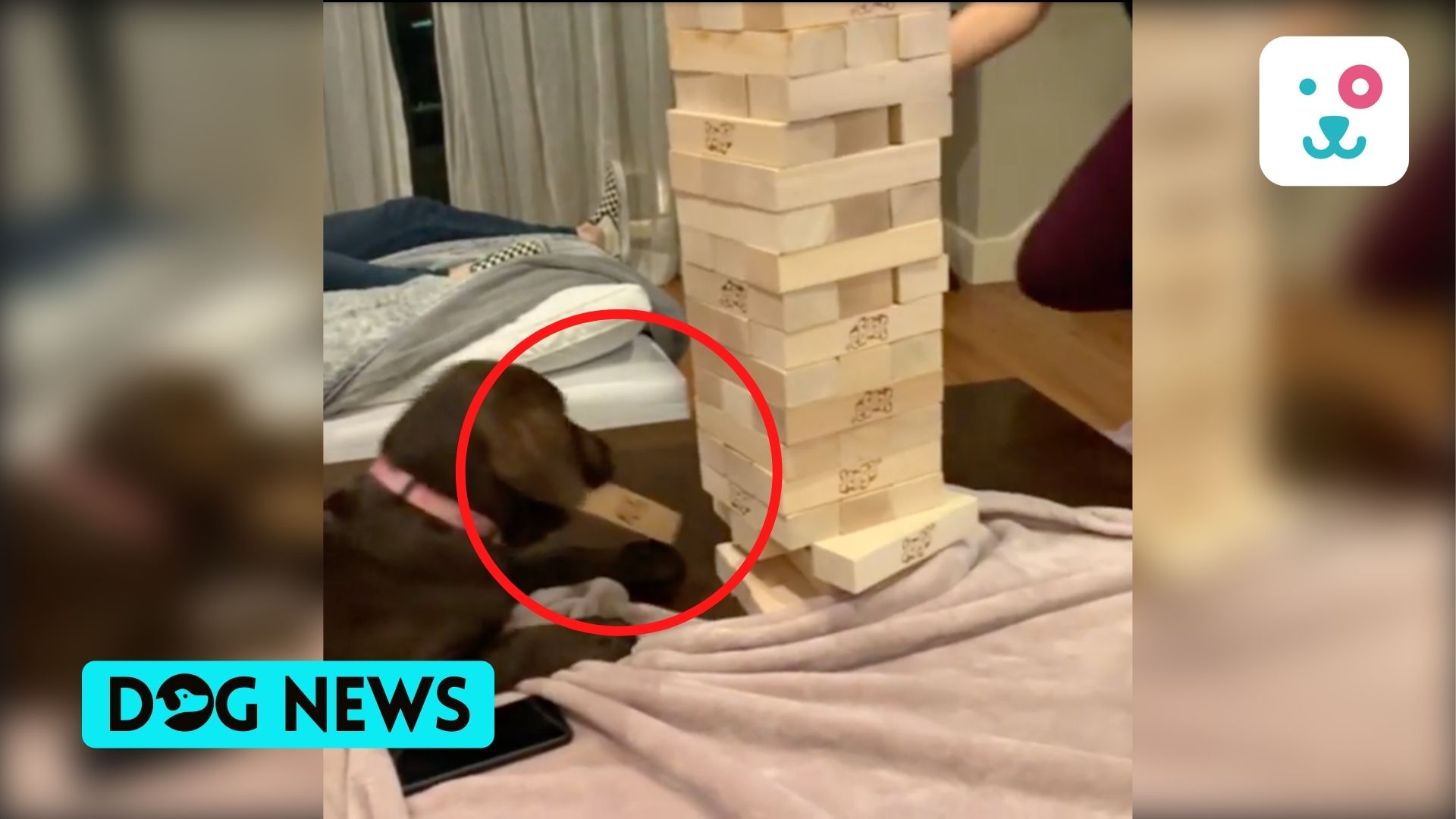 Home » An Old Video of a Dog playing Jenga like a Pro went viral again.

An Old Video of a Dog playing Jenga like a Pro went viral again.

No one would disagree that Jenga requires good concentration and balance, basically not an easy game to play. Removing every single block is no easy task. Mostly, one or the other player ends up breaking the whole pile by losing their focus and unbalanced move.

To our surprise, a video went viral, which is old in which a little pup can be seen playing Jenga. The dog can be seen removing the blocks without breaking the whole pile.

The video was again shared all around the social media along with a caption ‘Pawticipating.’

In the video, it can be seen that Remy looks at the high Jenga tower and looks around at the blocks. She then moves one block with her paw and removes the block using her mouth. In this whole process, she doesn’t break the tower.

This is surprising as even humans cannot remove blocks from a Jenga tower this high without breaking it, but little Remy could do it swiftly.

Netizens got crazy after watching this video. The views are increasing minute by minute. The video already has 2.6 million views. The post even got so many comments, and Remy got love from around the world. Some users commented things like ‘Walked away with the block like a boss,’ others said ‘ Remy is the Jenga king dog.’

Well, we agree, Remy has got powerful skills as it takes extreme concentration to remove Jenga blocks from a tower this high.