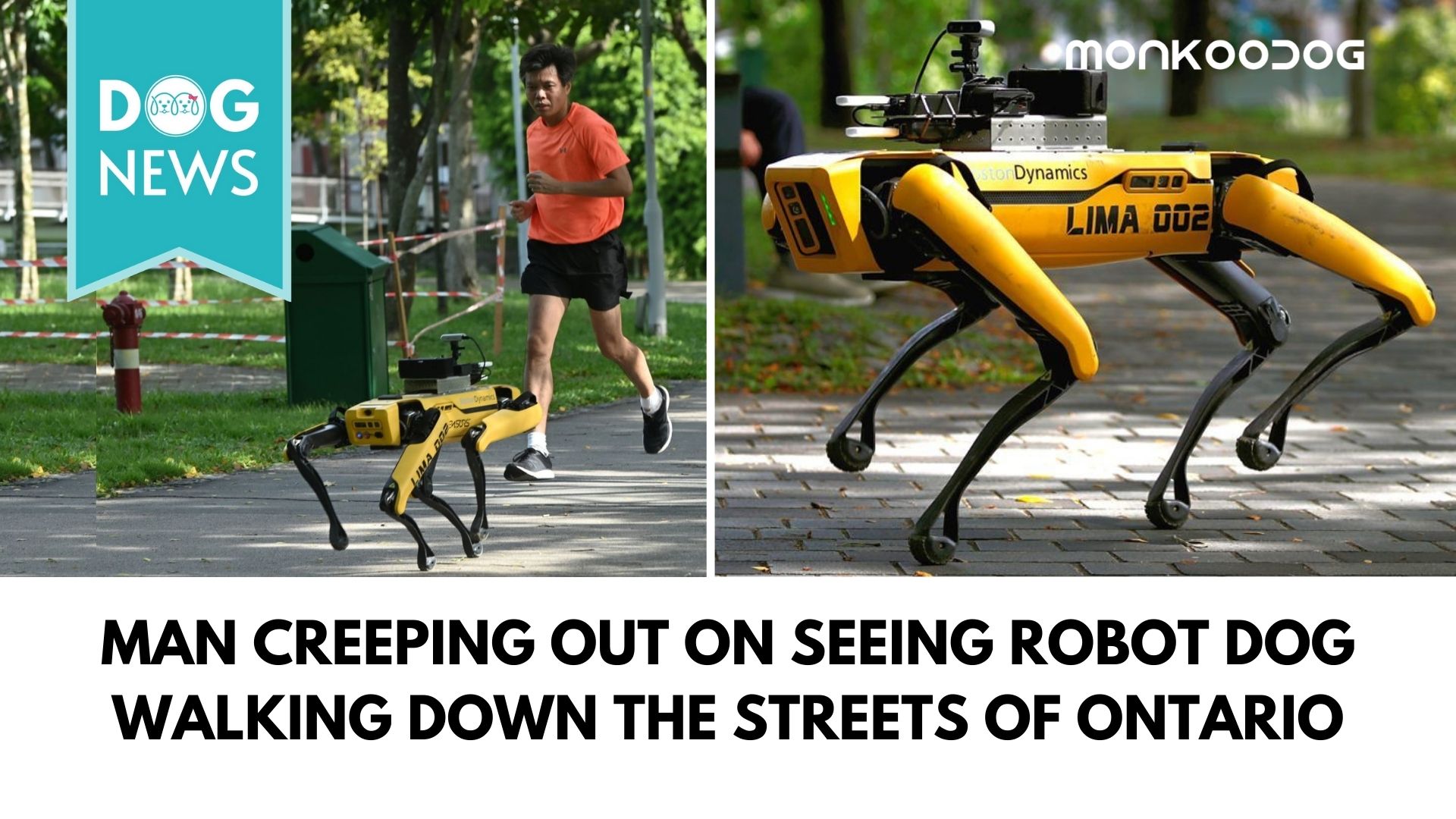 Dogs are adorable beings. They always have a natural protective instinct towards humans, be they strays or pets. However, a weirdly structured being walking down the roads that barks like a dog and walks like a dog seemed to have created havoc on the streets of Ontario, Canada.

Spot is one of a kind dog, that is way more intelligent than a normal being and can see much better than a normal dog. The only problem being, he is headless!! At least yet until now.

Nathan Kanasawe was driving on route back home when he noticed a weird yellow and black four-legged creature walking down the streets. After being completely freaked out at the odd creature, he decided to wait and observe. It sure was no alien as it barked like a normal dog and had a handler.

Once his fear was resolved, Nathan requested the owner of the dog for permission to record the odd four-legged beings which he later posted online. Turns out that the 4 legged headless dog was actually a creation of Boston Dynamics. However, he could not get any further information as the owner made it clear that Spot was on official work duty.

Turns out these dog robots are being deployed in various countries worldwide during the time of pandemic to help people maintain social distance while moving around.

In another episode, a similar dog can be seen walking around the Engineering college campus in France. Purchased by Nancy Mines Engineering school, France, the dog named Scar is also a creation of Boston Dynamics.

However, according to the reports, the engineering school was studying and improvising the robotic dog to make it functional to work in places where humans cannot reach. This includes radioactive zones and super deep tunnels where visibility is nil as humans cannot reach anywhere near the boring drill head to check the progress.

Be it Scar or Spot, what matters is these robots have the potential to pave ways for humanity to reach out and study the most dangerous and untraceable locations. The study of these robotic dogs is still underway. However, as the first stage trial, the dogs have been deployed to various sectors to only assist in the betterment of humanity.