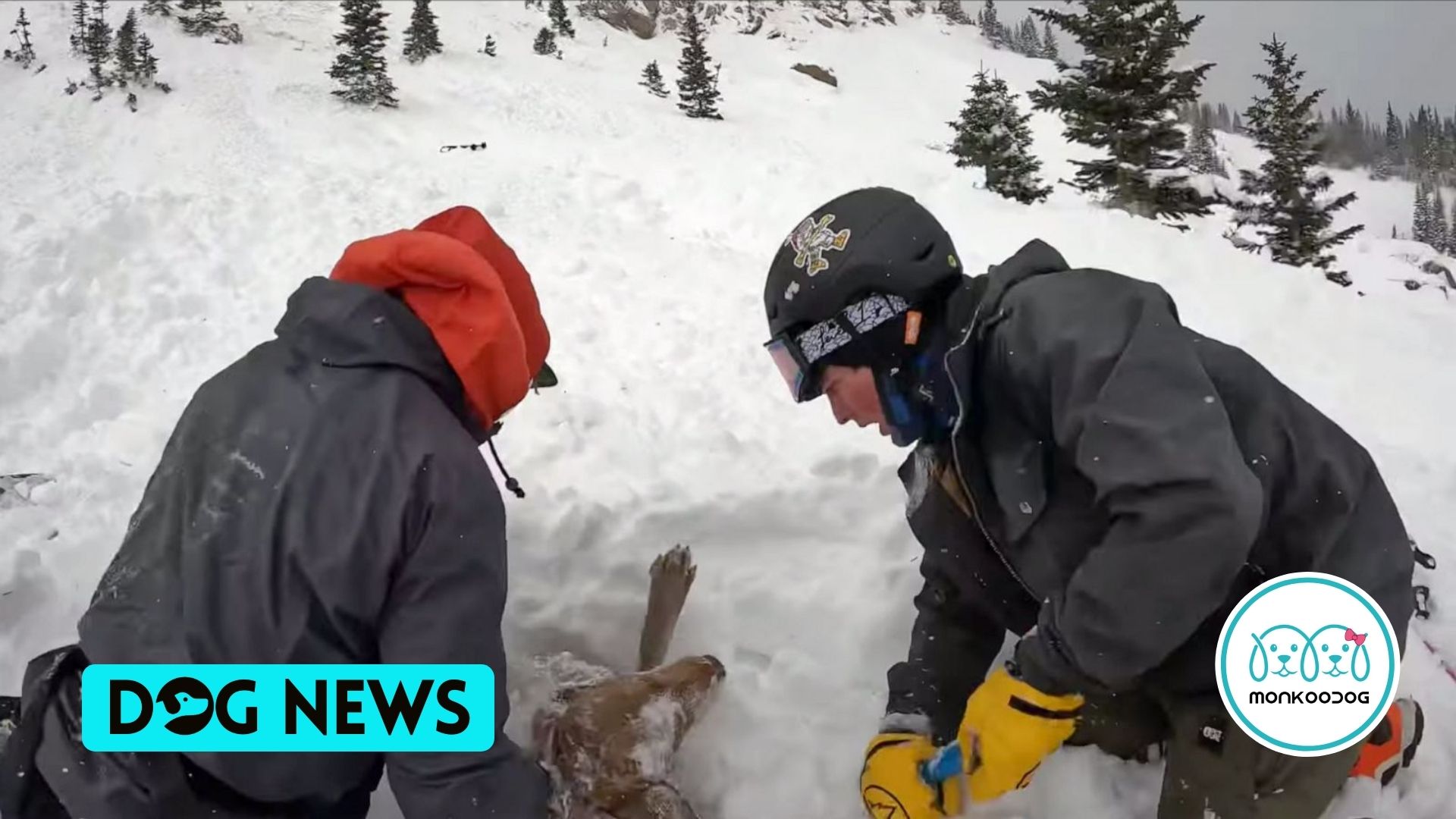 Two college students were probably having the best times of their lives while they were skiing in Colorado. Bobby White and Josh Trujillo were skiing in the Berthoud Pass area. They suddenly noticed a cloud of snow, it was a sign of an avalanche. It was a thousand feet away when they noticed.

Josh Trujillo ski a little further and found another group of students a little far away. Trujillo and White heard people talking about the avalanche. They heard that all people were safe and found but a dog was probably caught by the snowstorm and buried in the debris in a field that was 300 yards long 50 yards wide.

According to the reports, a group of shepherds and his dog got lost in their ways and stopped at the terrain which is vulnerable and very prone to frequent avalanches.

Unfortunately, his dog who is 2 years old named Apollo ran away somehow and triggered an avalanche. Apollo was swept over the steep cliff and disappeared in that snowstorm and sea of snow.

‘He was just playing by running around, he did not have an idea what was happening, he looked confused for a few seconds when the avalanche came, and then he disappeared’ said the shepherd.

The Shepherd reportedly skied to try to find Apollo but he could not. He was looking for some help when he came across Trujillo.

Was Apollo the only dog in danger?

The shepherd confirmed that it was only his dog who got caught in this tragedy, the two college students, Trujillo and White went to check around the whole area to find Apollo. They used probe poles which have a height of 8 feet to poke through the snow hill in the hope to find Apollo.

‘Any idea, where you saw him last,’ asked White from the Shepherd.

‘Somewhere around the top’ responds the Shepherd.

The Search for the three

The search by the three of them went on for like 20 minutes. As the avalanche centers say that buried humans in an avalanche can be saved if they are dug out within 15 mins. But after that, the probability of being alive decreases.

Trujillo and White reportedly said that they planned in the morning itself that they will avoid the avalanche-prone areas to avoid any kind of risk.

But in their determination to save a dog, they were right below an avalanche-prone area.

But within two minutes as they are packing their stuff and things, Trujillo spots a nose sticking out of the snow. He yells, ‘ I found him, He is alive.’

All three of them started digging along with a samaritan who helped them where they saw the nose, after about a minute, they could recover Apollo with no major signs of injury.

The Shepherd said ‘ I lost all hopes to see Apollo again, they found him, I can not thank them enough, I will be grateful forever to them.’

The Shepherd however regrets his decision to go to such a dangerous area and promises to never repeat the mistake.

Trujillo and White explain to the media that they plan to increase awareness about avalanche safety and want to educate themselves upon the same.

Also Read:-Little Dog’s Unique Way To Convey That He Wants To Go For A Walk.