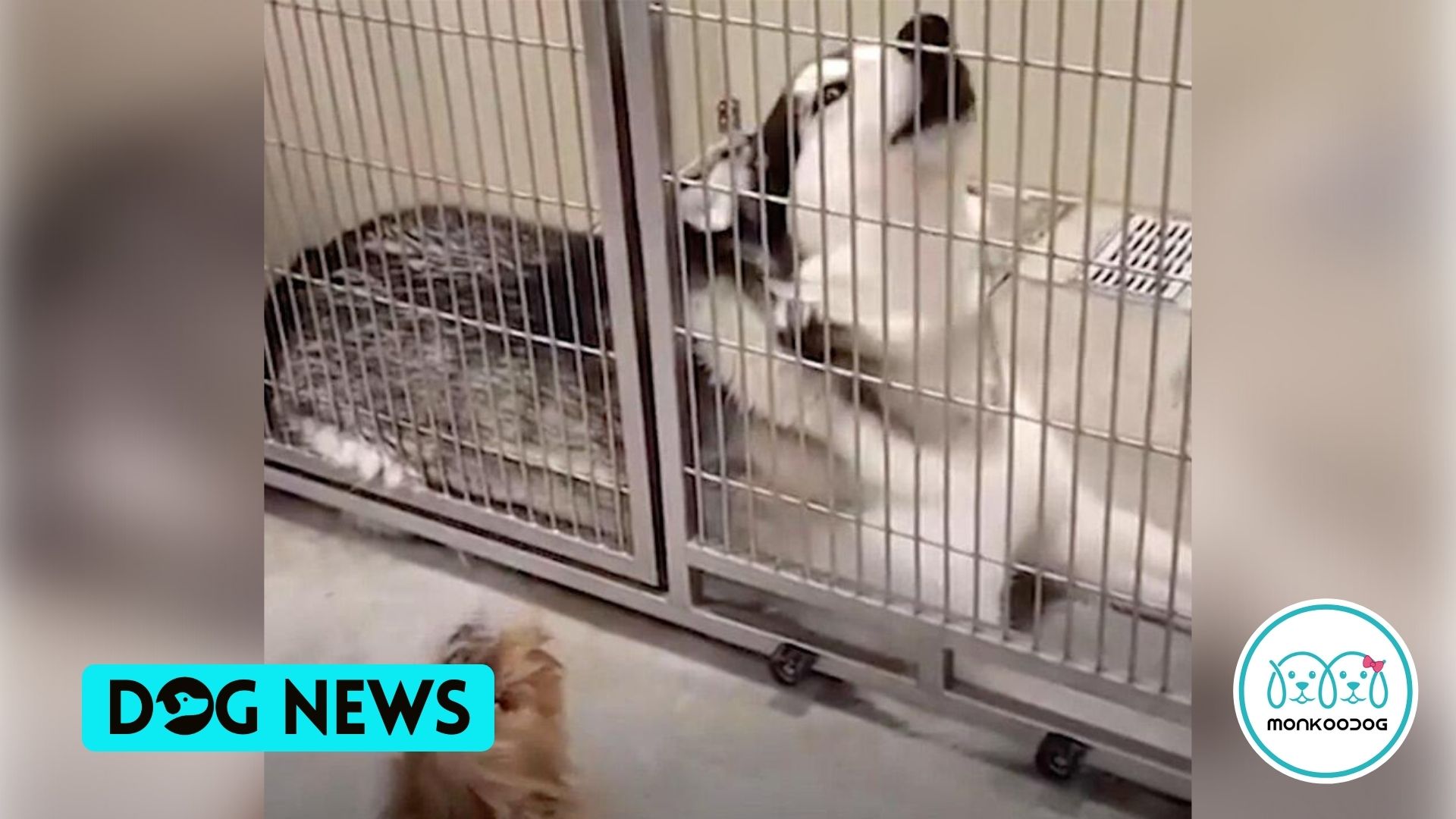 Humans were not the only ones who lost their ways because of this global pandemic Covid-19. Two furry friends were separated from each other for a long period of 18 months because of the pandemic. Trinity and Buck became best friends at a boarding facility in Ontario.

As they say, absence makes the heart grow fonder and louder, These two best friends proved it. Trinity and Buck were finally reunited after 18 months.

The duo became best friends at a PetSmart boarding and pet sitting facility in Ajax Ontario. It was a boarding home where dogs were spending their time while their owners were away from home.

With the pandemic impacting everything, the facility was also closed temporarily. Trinity and Buck could no longer see each other at their daycare center for over a year.

Their long-distance friendship finally came to an end when Trinity and Buck’s schedules were synced up once again after things got a little normal. Both dogs found each other at the reopened PetSmart facility.

PetSmart employee Tara Zapp who was very well aware of the friends decided to film the moment when the duo reunited. In the adorable clip that was widely shared on social media, Trinity is racing towards Buck and starts jumping and barking. After a quick reality check, Buck starts to jump and make noise too. Their happiness and excitement were visible on their faces. It went on for several seconds as they both adored each other, danced, and made noise to celebrate. They were surprised to see each other after such a long time. They could not control their emotions and celebrated their reunion in the way they could.

Tara Zapp says “ The pandemic forced us to close our facility. It was shut down and all dogs were sent back to their homes. This was the reaction we got when two old best friends met each other.”

Well, it is not only humans who missed their loved ones when they were forced to remain inside because of the fear of catching the disease, our little furry friends also missed their company and the life they used to live before the world was turned upside down.