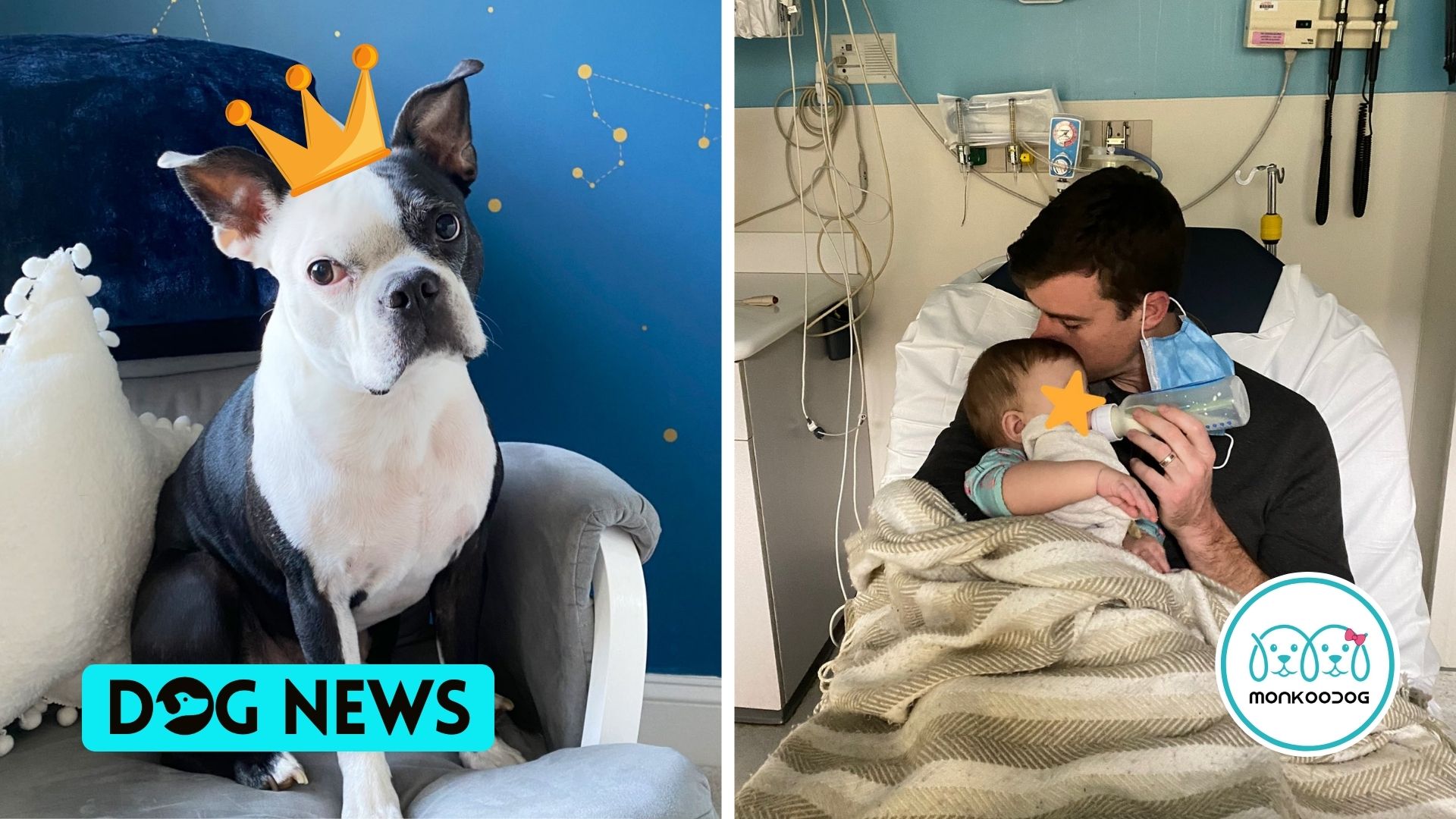 Have you heard, heroes have no gender. Welcome to the new world. Heroes have no physical attributes too. It is the act that proves one hero irrespective of who they are. Don’t be surprised, you will agree to it by the end of the news.

Recently a nine-month-old baby was saved by an eight-year-old dog. The dog immediately became a hero in its parents’ eyes.

A nine-month-old baby girl was sleeping in her nursery peacefully. The parents of the baby girl Jeff and Kelly Dowling reportedly said that their little hero Boston terrier is named Henry. While the baby was sleeping, Henry continuously and repeatedly went into the room, disturbing the baby and waking her up.

Jefe and Kelly tried to stop him, but he wouldn’t stop. He was barging through the door over and over again despite warnings given by the parents.

‘Every time I shooed him away, he would go back and barge through the door behind my back,’ said Kelly reportedly.

The behavior of Henry made the parents suspicious. Jefe and Kelly went to the nursery where the baby girl was sleeping and discovered the danger. Their daughter was having trouble breathing.

‘She was trying to clear her airway. She was turning blue slowly. She literally could not get any oxygen despite her efforts; she couldn’t get any air,’ said Kelly Dowling.

The couple immediately rushed the baby girl to the hospital. Fortunately, doctors cleared the airways of the baby girl.

Once the baby girl was perfectly fine, the couple came back home and realized what had happened.

Last night the dog kept breaking into the nursery and waking the baby. She’s been sick, and I was getting so fed up with him.

Until she stopped breathing.

We spent the night in the hospital. I don’t know what would have happened if he hadn’t woken her. We don’t deserve dogs. pic.twitter.com/PBJCJVflgh

‘We realized Henry was the hero of the day. We are going to spoil him a little bit more. We can not imagine what would have happened had he not done what he did,’ said Jeff Dowling.

‘We allowed him to sleep in bed along with me that night. He has never done anything this heroic before. It was his first time doing something this huge.’ added Kelly Dowling.

Well, it doesn’t make a difference if Henry did it for the first time or not; the point is he saved a life. That is all that matters—a hero in the true sense.

Also Read:-Worried Owners Take Dog Who Makes Funny Faces To Vet And Find Pup Is Just Doing It For Attention